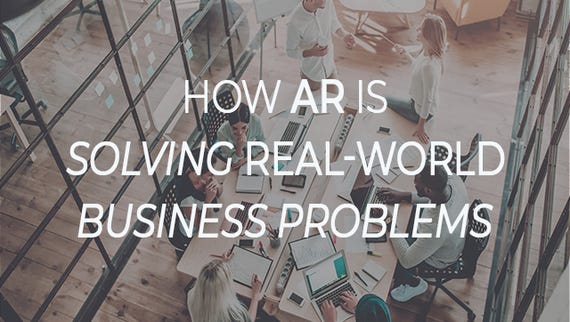 The point is that moving furniture is a lot of work. If at all possible, it's best to avoid moving the same furniture repeatedly around to see where it fits. When you're moving into a new house or a new office, it's a good idea to know where stuff's supposed to go before you do all the lugging.

It's tons easier to move little pictures of furniture around on a screen than it is to drag actual heavy things around. That's why I like to use laser measuring tools and plug the measurements into floor planning software.

This is not just about saving your back from pain. It's about time. The time it takes to move into a new home or office is one thing. Usually, you can get a move in or move out done in a day (assuming everything's packed up). But if you also have to spend hours in each room dragging heavy things, it could take days of back-breaking work just to position your belongings so that they work for your environment.

I won't dispute the characterization, but I stand by my premise that planning placement in advance can be a huge productivity win. It's good to do a floor plan for a lot of reasons. Preventing extra lifting and lugging is just one. Another, as mentioned, is that you can save yourself a lot of time getting set up.

In the new house I just moved into, a floor plan was necessary. This house has a non-intuitive layout, so contractors installing electrical and heating were confused about how things needed to be placed.

By laying out my HVAC, Ethernet, and power infrastructure on the floor plan, and then giving each contractor a printed copy, the contractors had a much better feel for what they needed to accomplish.

When you're paying construction professionals by the hour, reducing contractor confusion can save a lot of money.

In my case, because my home not only needs to house my family, but also the video studio, workshop, offices, desktop fabrication and robotics lab, and workshop needed for work, we had to carefully plan out how and where everything went. The benefit of this was that I was also able to share with you heating and cooling zones for my Extreme Nest article and video, and was able to share fabrication lab designs with partner vendors, who are helping me bring 3D printing and fabrication stories to you.

Because everything's more fun with a chart, list, or table, here's one on the benefits of floor planning:

The workplace and home design we settled on was created in three phases: Taking app-enabled measurements, creating a basic top-down floor plan, and 3D modeling and pre-visualization of object placement.

I wrote recently about the first phase, the measurement process, so go check out that article to come up to speed. By the time I was done with that phase, I had pictures with dimensions of just about every element of the house.

To create the floor plan and the 3D model, I used software provided to me by Belight Software, makers of Live Home 3D and Live Home 3D Pro. I used the Pro version, which added extra views, more advanced material editing, camera and lighting customization, and the ability to custom create and edit furniture models in SketchUp.

To be honest, there's nothing super-special about Live Home 3D's ability to create a top-down floor plan. That isn't to say Live Home 3D isn't worth it. It's just 3D is in the product's title for a reason, and we'll come to that reason later in this article.

For years, I've created my floor plans in Microsoft Visio. But in recent years, both Visio changed and I changed. When I landed in Oregon after the hurricane last year, I had only my MacBook Pro. Since we left Florida in a rush, I didn't have time to load up Parallels and a Windows image, so I was MacOS-only for about three months.

For reasons I don't understand, Microsoft hasn't ported Visio to the Mac. Yes, there's a browser version of Visio, but that's either $5 per month or $15 per month, depending on whether you want the basic or pro version.

I already pay for an Office 365 subscription, so I just couldn't bring myself to shell out another $60 to $180 to use an application I'd already paid for numerous times over the years and that is considered part of Office. Plus, no native MacOS Visio app? Really?

Instead, I went with OmniGraffle, a decent-enough diagramming program for the Mac. That's $99 (or $199 for the pro version) for a year. I ran into some licensing snafus that the support folks helped me with, but by that time, I'd started researching other tools and found Live Home 3D. I'm very glad I did.

For the top-down floor plan view, Visio, OmniGraffle, or Live Home 3D all would have done about the same job. Each has its quirks, but each works. In the case of Live Home 3D, there were some areas where I added a room and it decided to change the angle of some walls. A few cuts and a few pastes solved it, but it was a bit annoying.

That said, this is where Live Home 3D starts to differ from a traditional diagramming tool. Diagraming tools know of objects and groups. A room planning product knows of rooms, doors, and walls. This became quite helpful as I was trying to map out our house.

Because of how weirdly structured the house was inside when we first bought it, it was not at all obvious how those spaces connected. Having that plan became critical because it allowed our HVAC professional to map out a ductwork plan for a building that had never had ducts.

To really understand the power of 3D floor planning, let's start with an example. The illustration below is a pre-visualization of how my new Fab Lab (fabrication laboratory) will look when I've finished setting it up:

Notice how much easier it is to see what I'm planning than if I had just included an illustration with a bunch of boxes. In fact, an astute observer of 3D printers could probably identify each of the six 3D printers shown. If you want to see how the workshop and my studio will look as well, check out this quick video I made early in the renovation process.

Yes. That's right. My floor plan actually has 3D representations of my actual 3D printers. I did tell you this was going to be cool, didn't I?

Also: How to run your business from your smartphone TechRepublic

This is where Live Home 3D blew me away. Think about it. What are the odds that a small company making a home planning app will be able to represent objects that match commercial brand products, especially things like Harbor Freight workbenches or Lulzbot, Creality, and Ultimaker 3D printers?

The odds are pretty much nil, and in fact, Belight Software didn't create those 3D models. Instead, they did something very, very slick. They connected Live Home 3D to the Trimble 3D Warehouse.

The 3D Warehouse is like Thingiverse, but for SketchUp. It's a huge library filled with user-contributed 3D Sketchup models. If you want to add, say, a 3D printer to your Live Home 3D layout, all you do is select Trimble 3D Warehouse from the Import button:

Once you type in a search phrase, you can select from many options. Just click download and the object is placed in the plan. In most cases, it's even placed in the plan to scale, which makes mocking up work areas particularly nice.

Because this is a 3D modeling program, it's possible to go beyond viewing a room from above. You can actually place yourself inside the room and take a look around. Here's a view of what it's like inside the Fab Lab.

Beyond mocking up your workspaces, you can also use Live Home 3D to create plans for personal space. Here's how we decided to structure our living room.

That one took a bunch of revisions. We wanted a TV watching area that we could gate off, so our puppy wouldn't get in too much trouble. We also wanted a little dining nook, and a couple of places to sit and read. I'm actually sitting in that room right now, and it's worked out nicely (although the TV is still sitting on a wire rack, because there's no fancy fireplace unit yet).

I found Live Home 3D to be exceptionally helpful in preparing and planning both my workspaces and personal spaces. That said, it's not perfect.

I was disappointed that the tool doesn't appear to have layers. When I do a floor plan, I like to have many different versions and turn on and off certain layers to be able to drill down to certain elements (like electrical sockets).

I also like to turn on and off different layers to show different ideas and layouts. Instead, I used file versioning, just calling it floorplan_1, floorplan_2, etc.

Another thing I found odd is how the program auto-saves. I'm not thrilled with auto-saves, because that means you can't just fiddle with a plan to look at something -- you have to assume any change is going to stick.

Weirdly enough, the auto-saves were not consistent. Sometimes I'd move a plan around and an earlier movement was actually in the save. It almost feels like save points in a video game.

Earlier, I mentioned that some walls just wouldn't connect to each other properly. That could be my lack of experience with the product, but sometimes it just got a little too smart, a little too helpful, and broke the area of the layout I was working on.

Finally, I found the documentation and video tutorials a bit lacking. Granted, with a product like this, you could keep writing and keep producing tutorials forever and never really get as deep as might be nice, but still, it wasn't as easy to pick up some techniques as I would have liked.

Despite my minor gripes, Live Home 3D Pro is fantastic. It saved us a tremendous amount of time and back-breaking physical labor. Because it also helped us eliminate contractor confusion, I'm convinced it saved us hundreds of dollars in real money.

Overall, I consider it a very worthwhile tool and heartily recommend it for anyone with a project of any scope or magnitude.