Full Bio
Posted in Between the Lines on March 31, 2020 | Topic: Working from home: The future of business is remote 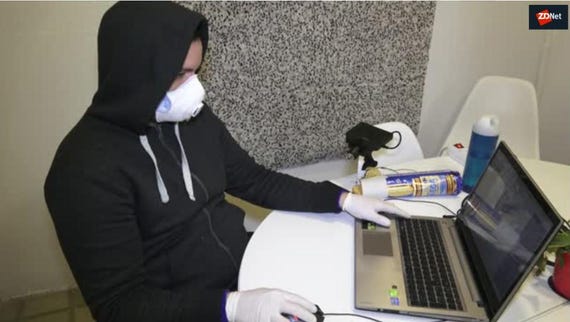 The Copyright Alliance has criticized the Internet Archive's National Emergency Library as a "vile" scheme aimed at denying authors their copyright protection and subsequent payments.

The COVID-19 outbreak has decimated small businesses, rocked the global economy, brought the travel industry to its knees, and resulted in the closure of universities and public libraries.

Last week, as reported by TorrentFreak, the Internet Archive (IA), a non-profit online library of digital books, music, films, and other content, announced the launch of the "National Emergency Library."

As of March 24, the Internet Archive suspended waitlists for over 1.4 million books in the lending library part of the archive, in which users are able to borrow books without joining the queue and waiting for items to be "returned." The program will run until June 30, or the time the US national emergency status has been revoked, whichever is later.

The Internet Archive said the scheme would assist "displaced learners" including university students.

"Students will have access to assigned readings and library materials that the Internet Archive has digitized for the remainder of the US academic calendar and that people who cannot physically access their local libraries because of closure or self-quarantine can continue to read and thrive during this time of crisis, keeping themselves and others safe," the organization said.

Chris Freeland, Director of Open Libraries at Internet Archive, said the National Emergency Library was designed to tackle the problem of scaling, as so many lending requests have been made due to an inability to visit public and college libraries. IA says that books are obtained through purchase or donation.

"Readers who borrow a book from the National Emergency Library get it for only two weeks, and their access is disabled unless they check it out again," the non-profit says. "Internet Archive also uses the same technical protections that publishers use on their ebook offerings in order to prevent additional copies from being made or redistributed."

The move was praised by some, with one commenter saying: "Y'all have digitized a book that one of my faculty wants his students to read (by tomorrow! when they will virtually meet the author!). Author and professor will be thrilled."

Freeland did note that authors and publishers are also impacted by the pandemic and urged readers "who are in a position to buy books to do so." However, this has not stopped a wave of criticism from copyright collectives.

The Authors Guild fired the first salvo, blasting the library as "appalling." The organization of professional writers said it was "shocked" at the scheme, as the Internet Archive has "no rights whatsoever to these books, much less to give them away indiscriminately without consent of the publisher or author."

The Authors Guild said that COVID-19 has been used "as an excuse to push copyright law further out to the edges" which, in turn, is causing authors that are already struggling to pay the bills additional harm.

CNET: COVID-19 and the auto industry: All the plant shutdowns due to coronavirus

The organization has sent hundreds of takedown notices to IA in the past to protest the inclusion of in-copyright titles.

"Acting as a piracy site -- of which there already are too many -- the Internet Archive tramples on authors' rights by giving away their books to the world," the group says.

More criticism has come in the form of comments made by the Copyright Alliance, an organization that represents the rights of those in creative industries including authors and artists. CEO Keith Kupferschmid noted that creators are among the hardest hit at present, and while projects have been set up to help those in these industries, the executive said IA's project is making "things much worse for those that need our help."

Kupferschmid says that rather than fund assistance projects -- in the same way as Tim Cook and Mark Zuckerberg, for example -- the millionaire founder of IA, Brewster Kahle, has instead taken "money out of the pockets of those who need it the most -- American authors."

"At a time like this, we all need to rally together to support one another, and to support our creative community," the executive added. "The coronavirus has given authors enough to deal with -- let's not add copyright looting to the list of challenges."