This is the third US exascale win for Cray, which was recently acquired by Hewlett Packard Enterprise​ for $1.3 billion.
Written by Natalie Gagliordi on Aug. 13, 2019 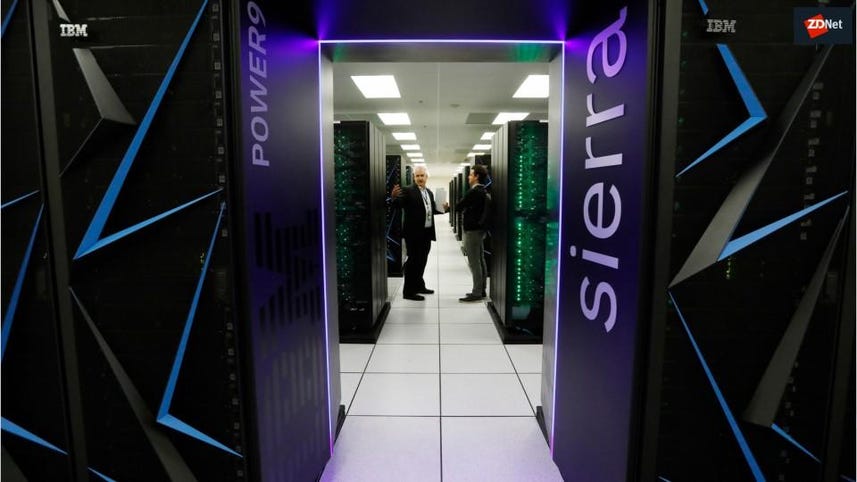 Supercomputer maker Cray has landed a $600 million contract to build the El Capitan exascale system in partnership with the US Department of Energy (DOE), the National Nuclear Security Administration (NNSA) and Lawrence Livermore National Laboratory (LLNL). This is the third US exascale win for Cray, which is in the process of being acquired by Hewlett Packard Enterprise for $1.3 billion.

El Capitan will be the first exascale supercomputer for the National Nuclear Security Administration (NNSA) and will exclusively serve its efforts to ensure the safety, reliability, and security of the nation's nuclear stockpile. The system will include Cray's new Shasta architecture, ClusterStor storage, and Slingshot interconnect technology.

Cray said its updated Shasta architecture, which was also unveiled on Tuesday, fuses high-performance computing with the modularity and ease-of-use of cloud computing. That so-called fusion is at the core of why HPE has sought to acquire Cray. In a nutshell, HPE wants to offer a future HPC-as-a-Service platform and ramp up its ability to sell supercomputing products to enterprise customers.

"As we enter the exascale era, modern applications are creating the need for applying supercomputing capability to a new class of digital transformation problems. What is the domain of a few national laboratories today is fast becoming a necessity for every enterprise," said Cray CEO Peter Ungaro. "With our new software platform, Cray is delivering a fully-featured, extensible software and tools environment that performs like a supercomputer and runs like a cloud. The same Cray technology that powers exascale systems can be delivered in a single, low-cost rack and ready to integrate into any data center environment."