Turner is stepping down to set up a new venture after four years with Australia's innovation arm.
Written by Asha Barbaschow, Contributor on Aug. 1, 2019 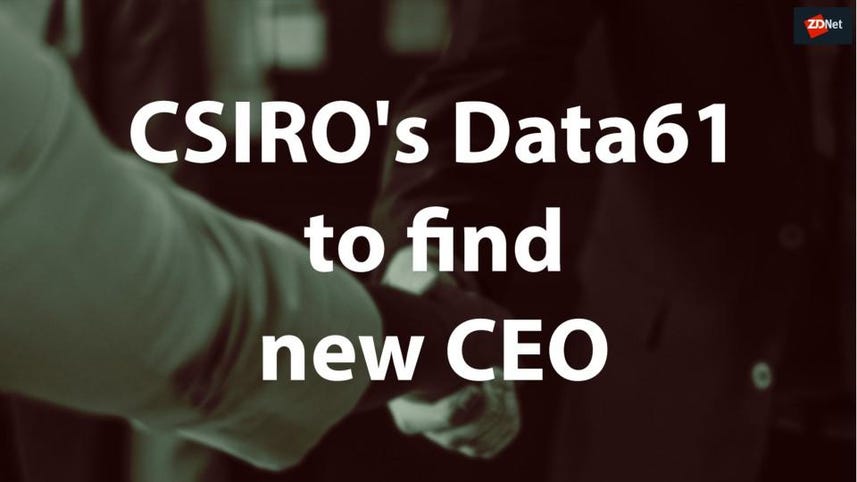 The Commonwealth Scientific and Industrial Research Organisation's (CSIRO) Data61 has begun the hunt for a new chief executive, after Adrian Turner on Friday announced his resignation.

Turner will step down on September 12 to set up a new venture.

The outgoing CEO joined Data61 in 2015 when the federal government announced the digital productivity arm of CSIRO was being merged with National ICT Australia (NICTA), saying at the time the combined force would "supercharge" Australia's technological advancements.

Turner was charged with ensuring Australia does not fall behind in innovation.

Under Turner's leadership, Data61 has established itself as Australia's voice on data science and engineering, working with government and industry on digital and data driven opportunities including spatial intelligence, machine learning, robotics, cybersecurity, and open data.

"Adrian Turner has made a significant contribution to CSIRO and Australia in understanding and harnessing the opportunities that digital and data science can deliver," CSIRO chief executive Dr Larry Marshall said of Turner's departure.

"Our relationship will continue beyond Data61, with CSIRO and Adrian exploring how we can work together on the new venture."

Tuner has been passionately calling for Australia to lift its innovation game for many years.

Speaking with ZDNet previously, Turner said Australia has all the ingredients to grow and shape new industries, but that the biggest handbrake on the country is cultural.

"If we can shift that mindset, because we've got everything else -- we really do have everything else -- there's nothing that will hold us back. And I think we will, it's only going to take a handful of successes and more people in the country thinking and talking differently and it will happen very quickly," he said.

Read more: Data61: A year into the digital transformation of an entire economy

Turner returned to Australia to assume the role of Data61 CEO.

He was residing in Silicon Valley for 18 years prior to 2015, having worked for Phillips and built several startups of his own. His companies include Borondi Group, which makes use of technology in the mining, transportation, and agriculture industries; and Mocana Corporation, an IoT security company, for which he raised over $40 million in funding.