The state will be developing a new multimillion-dollar transport management system that offers real-time information to commuters.
Written by Asha Barbaschow, Journalist on Aug. 27, 2018 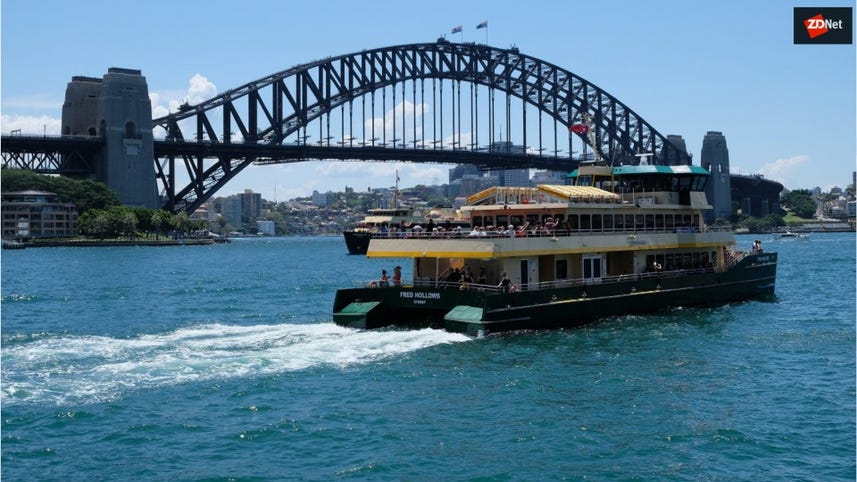 The New South Wales government has announced a AU$123 million investment into an "advanced" transport management system that it says will utilise predictive technology and give customers better real-time information on transportation services in Sydney.

As part of the system to be delivered by 2020, Cubic Transportation Systems has been awarded a AU$50 million contract to enhance monitoring and management of the road network across the state, coordinate the public transport network across all modes, improve management of clearways, plan major events in the state, and improve incident clearance times.

The five-year, seven-month contract will also see the California-based company provide real-time information to the public about disruptions.

The "multi-modal transport platform" will replace the current traffic management system that was built for 2000 Sydney Olympics.

"This AU$123 million investment will future proof our transport management system for these innovations so we can better manage congestion and respond to incidents faster, as well as preparing for new transport infrastructure in the pipeline.

"It makes us more responsive to incidents by automating current manual processes using data. The goal is to predict 30 minutes into the future and act in five minutes -- this helps to divert traffic, coordinate public transport, and provide real-time information to customers about any disruptions or alternative routes."

Speaking at the WT Wearable Technologies Conference in Sydney in December, Lance Blockley, managing director of The Initiatives Group and part of the evaluation committee that chose Cubic to rollout Opal, had said Cubic was chosen because it fulfilled a part of the requirement that asked all of the hardware to be installed from day one with openloop compatibility.

Cubic will also be designing, building, and operating a new ticketing system for the Queensland Department of Transport and Main Roads, as well as assuming responsibility for upgrading the current system to enable the use of contactless payments and allow for gathering real-time passenger information.

The Queensland government earmarked AU$371 million for the upgrade of the public transport ticketing system as part of its 2018-19 state Budget.

The NSW government is investing in driverless vehicles, recently announcing two new regional locations for its driverless vehicle trial, with Coffs Harbour and Armidale to host fully automated shuttles before the end of the year.

Legislation was passed last year to enable the NSW minister for Roads, Maritime and Freight to approve trials of automated vehicles. The legislation allows government to partner with industry, researchers, and universities to be a testing ground for automated vehicles, with the trials touted as bringing driverless cars a step closer to reality in Australia.

The first trial under the legislation -- also a shuttle bus -- kicked off at Sydney Olympic Park in March.

Working with motorway operator Transurban and car manufacturers to develop the automated technology, the shuttles run on the Sydney orbital network including the Lane Cove Tunnel, The Hills M2 Motorway, Westlink M7, the M5, and the Eastern Distributor. The vehicles also go on the Sydney Harbour Bridge and the harbour tunnel.

"We'll be implementing what we've already learnt from Olympic Park, but this trial will be tailored to Coffs Harbour, helping deliver improved transport solutions for regional NSW as we prepare our communities for the future," Constance said at the time.

The trials are the latest step in the state government's Future Transport 2056 strategy, aimed at looking into ways to harness "the rapid advancement of technology and innovation across the transport system to transform the customer experience, improve communities, and boost our economic performance".

In addition to its Sydney Olympic Park driverless shuttle trial with delivery partners HMI Technologies, NRMA, Telstra, and IAE, the state government revealed in May that Dubbo -- home to around 36,000 people 400kms outside Sydney -- would be the first city in NSW to trial on-demand buses.

"We have on-demand movies, on-demand food, and finally, NSW will have on-demand transport," Constance said previously. "Today we drive our cars, but the reality is cars will soon drive us, and, while we are not there yet, we need to be prepared for this change and we need to stay ahead of the game.

"Technology is rapidly changing the way people move around Sydney, driverless Metro trains will start carrying customers next year, and driverless cars are already being tested on NSW roads," the minister added on Tuesday.

The state government expects its Making IT Work For You project will be completed on-budget before the end of the year.

A legal case against Transport for NSW that lasted two years was brought to a head last month, with the NSW Civil and Administrative Tribunal ruling gold card users should be able to travel without having their trip history tracked.

The New South Wales government has announced it will be turning to the social media platform to convey delays on the state's train network.