Enterprise software giant SAP has reported positive performance in 2018, driven by growth across its Customer Experience (CX) and Fieldglass offerings.

SAP's cloud-based CX systems such as Commerce Cloud and C/4HANA were the main strategic focus for the company in the Brazilian market for 2018 and delivered three-digit revenue growth, with significant adoption within retailers nationwide.

"The results reflect an increasing maturity of the Brazilian market, which is following global trends from a digital standpoint," says SAP Brazil president, Cristina Palmaka.

"Our clients need to know their final consumers, understand the timing of such relationships, know when and how to contact them and increase the conversion rate," she adds. 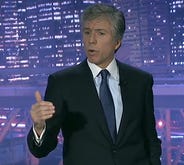 SAP as innovation partner: 4 key questions SAP's Sapphire conference kicks off Tuesday and the company will have to answer a few key questions for enterprise tech buyers.

SAP Fieldglass, a cloud-based platform that helps companies manage external workforces, was another highlight for SAP's Brazilian office, with double-digit growth in relation to 2017. This was driven by factors including changes in Brazil's outsourcing regulations and the increase in procedures around third-party contracts.

Retail, higher education, construction, chemicals and transport were the most significant sectors for SAP in Brazil in 2018 and the company ended the year with 12.963 customer accounts nationwide.

A large Brazilian customer that has signed up with SAP last year was Natura&Co, who has acquired a series of products including SAP S/4HANA, SAP C/4HANA, SAP Ariba and SAP Concur, to be rolled out across its brand The Body Shop.

According to the firm, C/4HANA will be used at group's The Body Shop unit to drive campaigns and loyalty programs while helping teams analyze customer buying patterns with a view to improving their experience.

The SME segment, which the company has tried to woo with its cloud-based Business One platform, saw double-digit growth in 2018 in relation to the prior year.

The company was not as buoyant about other areas where it had previously focused its efforts in Brazil, such as innovation platform Leonardo. According to SAP, there was "substantial growth" in sales for that product, but it did not provide any additional information on that front.

SAP's performance in Latin America and the Caribbean continues to be driven by cloud services, with 14 consecutive quarters of growth, according to the company. Last year also saw double-digit growth for cloud sales in the region.