Cyberwar predictions for 2019: The stakes have been raised

Cybersecurity will define many of the international conflicts of the future. Here's an overview of the current threat landscape, UK and US policy in this area, and some expert predictions for the coming year.
Written by Charles McLellan, Senior Editor on Dec. 31, 2018 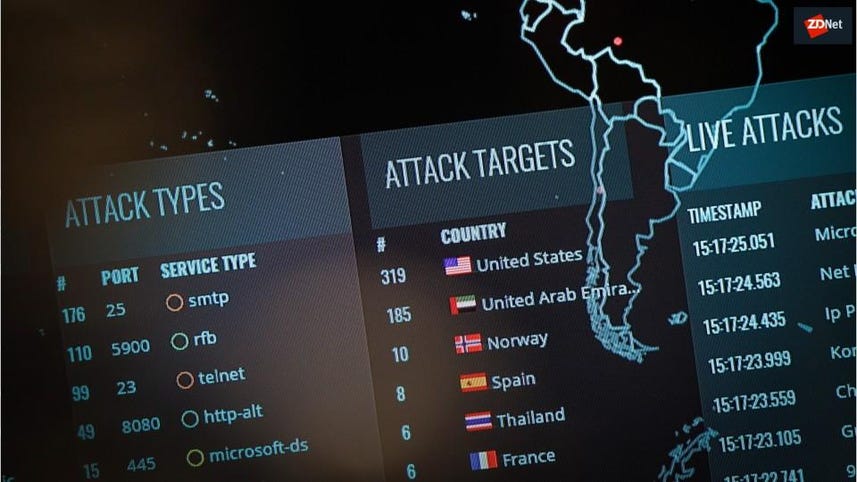 Before the internet era, geopolitical tensions drove traditional espionage, and periodically erupted into warfare. Nowadays, cyberspace not only houses a treasure-trove of commercially and politically sensitive information, but can also provide access to control systems for critical civil and military infrastructure. So it's no surprise to find nation-state cyber activity high on the agendas of governments.

Notable cyber attacks launched by nation states in recent years include: Stuxnet (allegedly by Israel and the US); DDoS attacks against Estonia, attacks against industrial control systems for power grids in Ukraine, and electoral meddling in the US (allegedly by Russia); and the global WannaCry attack (allegedly by North Korea). China, meanwhile, has been accused of multiple intellectual property theft attacks and, most recently (and controversially), of secreting hardware backdoors into Supermicro servers.

What does the current threat landscape look like, in broad terms? The 2017/18 threat matrix from BRI (Business Risk Intelligence) company Flashpoint provides a useful overview:

It's probably no surprise to find China heading the 2017/18 ranking of threat actors, in terms of capability, potential impact and number of verticals targeted:

In its 2018 mid-year update, Flashpoint highlighted various 'bellwethers' that may prompt "major shifts in the cyber threat environment":

• The tentative rapprochement between the U.S., South Korea, and North Korea fails to result in tangible diplomatic gains to end the North Korean nuclear program.

• Additional states follow the U.S. example and relocate their embassy in Israel to Jerusalem.

• The U.S.' official withdrawal from the Joint Comprehensive Plan of Action (JCPOA) and the subsequent renewal of economic sanctions prompts an Iranian response.

• The ongoing power struggle between Saudi Arabia and Iran for influence in the Middle East leads to kinetic conflict in the region.

• U.S. and European Union-led economic sanctions in place on Russia are extended or tightened.

• The situation in Syria further deteriorates into direct armed conflict between major states with differing interests in the region, potentially extending further into neighboring states.

• Other nation-states, such as China, Iran, and North Korea adopt the Russian model of engaging in cyber influence operations via proxies, resulting in the exposure of such a campaign.

In the UK, the National Cyber Security Center (NCSC) -- an amalgam of CESG (the information security arm of GCHQ), the Centre for Cyber Assessment, CERT-UK, and the Centre for Protection of National Infrastructure -- issues periodic security advisories, among other services. In April, for example, it warned of hostile state actors compromising UK organisations with focus on engineering and industrial control companies. Specifically, the threats involved "the harvesting of NTLM credentials via Server Message Block (SMB) using strategic web compromises and spear-phishing". Other recent NCSC advisories have highlighted Russian state-sponsored cyber actors targeting network infrastructure devices and the activities of APT28 (a.k.a. the cyber espionage group Fancy Bear).

In its 2018 annual review, the NCSC said it had dealt with over a thousand cyber incidents since its inception in 2016. "The majority of these incidents were, we believe, perpetrated from within nation states in some way hostile to the UK. They were undertaken by groups of computer hackers directed, sponsored or tolerated by the governments of those countries," said Ciaran Martin, CEO at NCSC, in the report. "These groups constitute the most acute and direct cyber threat to our national security. I remain in little doubt we will be tested to the full, as a centre, and as a nation, by a major incident at some point in the years ahead, what we would call a Category 1 attack."

A Category 1 attack constitutes a 'national cyber emergency' and results in "sustained disruption of UK essential services or affects UK national security, leading to severe economic or social consequences or to loss of life."

Despite the efforts of the NCSC, a recent report by the UK parliament's Joint Committee on the National Security Strategy noted that "The threat to the UK and its critical national infrastructure [CNI] is both growing and evolving. States such as Russia are branching out from cyber-enabled espionage and theft of intellectual property to preparing for disruptive attacks, such as those which affected Ukraine's energy grid in 2015 and 2016."

The government needs to do more to change the culture of CNI operators and their extended supply chains, the report said, adding that: "This is also a lesson for the Government itself: cyber risk must be properly managed at the highest levels."

Specifically, the Joint Committee report recommended an improvement in political leadership: "There is little evidence to suggest a 'controlling mind' at the centre of government, driving change consistently across the many departments and CNI sectors involved. Unless this is addressed, the government's efforts will likely remain long on aspiration and short on delivery. We therefore urge the government to appoint a single Cabinet Office minister who is charged with delivering improved cyber resilience across the UK's critical national infrastructure."

In the US, the September 2018 National Cyber Strategy (the first in 15 years, according to the White House) adopted an aggressive stance, promising to "deter and if necessary punish those who use cyber tools for malicious purposes." The Trump administration is in no doubt about who the US is up against in the cyber sphere:

"The Administration recognizes that the United States is engaged in a continuous competition against strategic adversaries, rogue states, and terrorist and criminal networks. Russia, China, Iran, and North Korea all use cyberspace as a means to challenge the United States, its allies, and partners, often with a recklessness they would never consider in other domains. These adversaries use cyber tools to undermine our economy and democracy, steal our intellectual property, and sow discord in our democratic processes. We are vulnerable to peacetime cyber attacks against critical infrastructure, and the risk is growing that these countries will conduct cyber attacks against the United States during a crisis short of war. These adversaries are continually developing new and more effective cyber weapons."

The US cyber security strategy is built around four tenets: Protect the American People, the Homeland and the American Way of Life; Promote American Prosperity; Preserve Peace through Strength; and Advance American Influence.

As far as preserving 'peace through strength' is concerned, the Trump administration states that: "Cyberspace will no longer be treated as a separate category of policy or activity disjointed from other elements of national power. The United States will integrate the employment of cyber options across every element of national power." The objective is to "Identify, counter, disrupt, degrade, and deter behavior in cyberspace that is destabilizing and contrary to national interests, while preserving United States overmatch in and through cyberspace."

It would seem that the stakes in the cybersecurity/cyberwar game have just been raised by the world's most powerful nation.

Nation-state activity has been prominent in previous annual roundups of cybersecurity predictions (2018, 2017, 2016), and given the above overview we expect plenty more in 2019. Let's examine some of the predictions in this area that have been issued so far.

It's clear from the above round-up of predictions that nation states are likely to be more active than ever in cyberspace in 2019. Perhaps we'll even see the sort of 'national cyber emergency' envisaged by the UK's NCSC, with potential loss of life. That's the point where cyber attack moves towards cyberwar.

It's also clear that governments -- in the UK and US at least -- are increasingly, if belatedly, acknowledging the scale of the problem of hostile nation-state cyber activity. It remains to be seen how effectively they can defend themselves, and even retaliate.

Russian Federation says it benefits from the same legal protections as the US does when carrying out military cyberattacks.

Not enough is being done to protect against cyber attacks on energy, water and other vital services.

Deals
Ransomware: 1.5 million people have got their files back without paying the gangs. Here's how