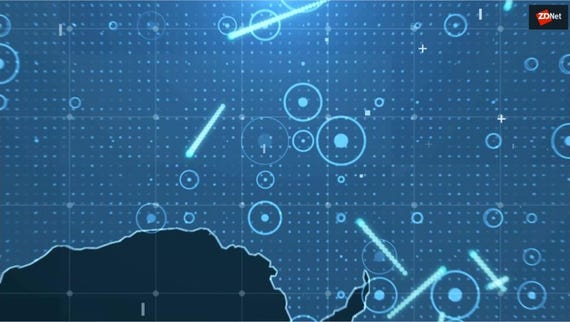 Traveling trojan: Danabot malware jumps from Australia to Europe and the US
Watch Now

The DanaBot banking Trojan is on the move and has traveled across the sea in a pivot from its original focus on Australia to strike European targets.

DanaBot was first discovered by Proofpoint researchers last year. The malware was observed striking Australian targets of financial value, but at the time, DanaBot appeared to come from only one threat actor source.

Now, the malware has evolved and has become more than a single-source piece of malware to what Webroot calls a "very profitable modular crimeware project."

See also: Facebook is the latest tech giant to admit contractors are snooping on your conversations

DanaBot, written in Delphi, was first found as a payload in phishing emails circulating in Australia. The messages used subjects lines including E-Tolls and invoices in an attempt to coerce victims into downloading a malicious Microsoft Word attachment containing a macro that deployed DanaBot via PowerShell.

The malware contains a range of standard banking Trojan functions. A downloader component launches a DLL which pulls additional modules including a bank website injector, information stealer, and a list of target websites on to a victim's computer.

DanaBot is able to manipulate browser sessions and redirect visits to financial services websites in order to steal any credentials submitted; screenshot desktops, and is also able to transfer stolen data to the malware's command-and-control (C2) server.

Since 2018, DanaBot has updated its arsenal. According to Webroot, the malware has expanded its reach and is now not only active in Australia but also the US and Europe. New German targets have recently appeared on the radar. Each region is now associated with a campaign ID to tailor phishing emails and attack vectors for the best success rates.

CNET: Anti-surveillance clothes foil cameras by making you look like a car

DanaBot has also upgraded its web injection functions. While the malware has always used what the researchers call "ZeuS-style web injects" -- a reference to the well-known ZeuS banking Trojan -- the malware will also now use browser and OS fingerprinting to deliver "the most believable fake website possible" when replacing legitimate banking domains.

Additional modules and improvements, including a Tor module -- potentially for masking C2 communication and requesting updates -- have also been spotted.

While Webroot has not found any ransomware-based modules during its investigation, Checkpoint researchers say that some European campaigns do drop Delphi-based ransomware named "crypt," which turns out to be a variant of "NonRansomware" ransomware.

TechRepublic: How to change a root password in a Docker image

"[DanaBot] continues to evolve its geo targets as more affiliates get added, and has branched out to test ransom functionality," Webroot says. "This change in tactics certainly aligns with other shifts we've observed in which criminals are performing more recon upfront to profile a victim's worth before executing ransomware from a domain controller. Threat actors are effectively reducing the quantity of attacks in favor of quality when they choose to profile their victim's worth."