The two contracts will span three years.
Written by Asha Barbaschow, Journalist on May 20, 2019 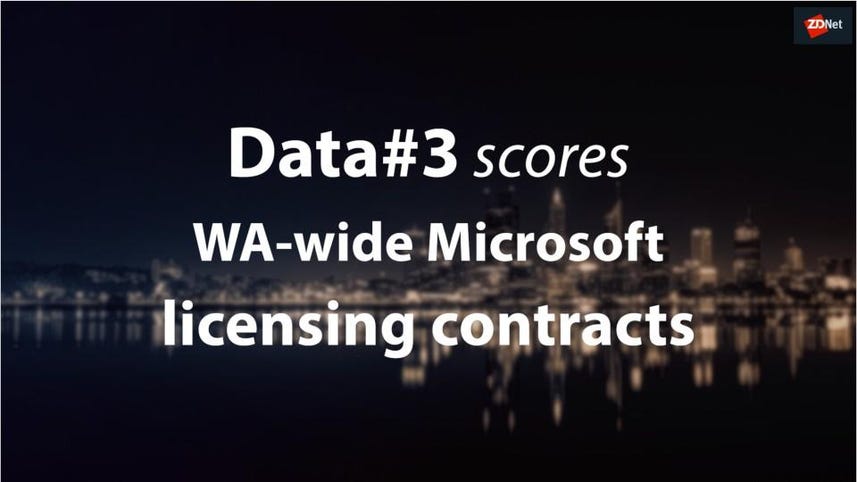 Australian business technology services provider Data#3 has been handed two contracts for the supply of Microsoft software to the government of Western Australia.

Under the terms of the two three-year deals, Data#3 will be the sole provider for Microsoft software to all of the state government's agencies.

Specifically, the first contract that covers Microsoft licensing to the WA government will begin on 12 June, while the second arrangement continues Data#3's incumbency with the Department of Education.

"We have a long-standing history of working with the Australian government to effectively leverage technology for advantage," chief executive officer and managing director Laurence Baynham said on Tuesday.

"The team at Data#3 look forward to leveraging our extensive skills in the area of Microsoft software and services to deliver real business outcomes to the Western Australian government."

Data#3 was last year awarded a Whole of Australian Government (WoAG) contract by the Digital Transformation Agency (DTA) that saw the local firm be the sole provider of Microsoft licensing solutions.

The contract was tendered for in August 2017, with the federal government also revealing at the time that governments in the country spent over AU$364 million from July 1, 2013 to June 30, 2016 on Microsoft licences and software assurance.

Meanwhile, the WA Department of Finance in March announced it had moved a number of its systems to the cloud following its transition to Microsoft Azure.

The department enlisted Microsoft in 2017 to make the transition to cloud computing as part of the whole-of-government GovNext-ICT initiative, which aims to shift the state government towards new network, cloud, security technologies in order to streamline operations and provide better customer services.

As part of the GovNext-ICT initiative, the WA Department of Health in March also commenced its transition to cloud, although it has adopted a hybrid cloud model. For a cost of AU$124 million over five years, Atos -- with the assistance of the WA health system's IT service provider Health Support Services -- will move the Department of Health's current legacy infrastructure to its cloud platforms.

Atos is one of three tech providers the WA government partnered up with in 2017, alongside NEC and Datacom, to provide IT infrastructure to service the entire government over the next five years under the GovNext-ICT initiative.