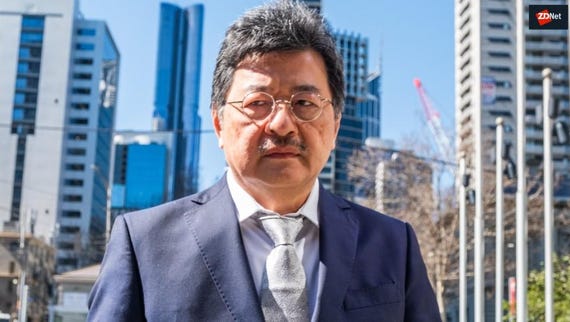 David Teoh, the founder of Total Peripherals Group, which would go on to be known as TPG, and then TPG Telecom following its 2020 merger with Vodafone Hutchison Australia, has announced he is stepping down as chair of the company.

The senior Teoh will be leaving the board, as will his son Shane, who will be replaced by one of his other sons Jack Teoh.

In a letter to shareholders, the former chair said with the merger being "better and faster than expected", the time was right to step aside.

"There have been many challenges along the way, but I firmly believe that consumers in Australia have greatly benefited from TPG's competitive business approach, and that they will continue to do so," he said.

"This is only the beginning for TPG Telecom."

David Teoh will be replaced as chair by Hutchison veteran Canning Fok, and will remain as a major shareholder of the company.

"David's legacy is incomparable. He has driven significant change in the Australian market and has carved out a position which TPG Telecom will build on. We are in David's debt for all he has done," Fok said.

Filling the void left by David and Shane Teoh are Jack Teoh and Tony Moffat, with the latter resigning as company secretary to fill the casual vacancy.

Join Discussion for: David Teoh steps down from TPG