DBS Bank is hoping to be more pre-emptive in meeting its customers' needs as the Singaporean bank focuses its attention on building a data platform and beefing up its capabilities in data analytics and artificial intelligence.
Written by Eileen Yu, Contributor on Jan. 1, 2019 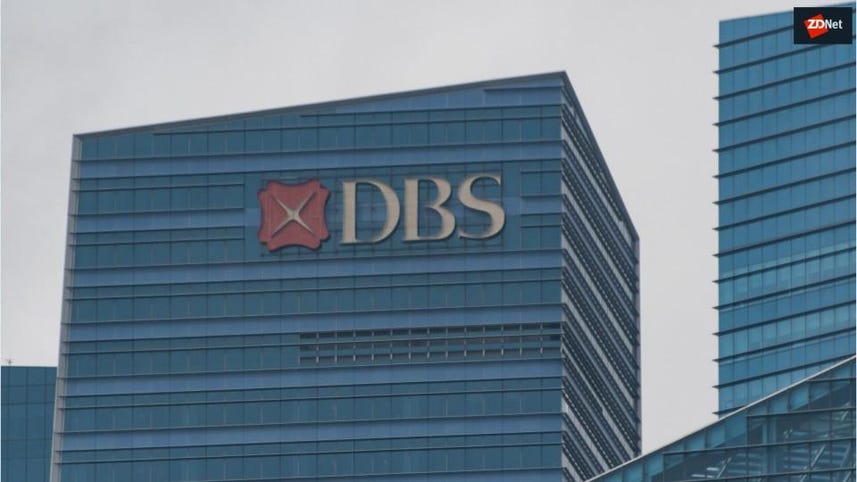 DBS Bank is aiming to be more pre-emptive in meeting its customers' needs with the help of a new data platform and by beefing up its capabilities in data and artificial intelligence (AI).

From a consumer bank perspective, in particular, all products and services need to be highly intuitive and user-friendly so that consuming these will be effortless for customers, said Soh Siew Choo, DBS Bank's managing director and group head of consumer banking, big data, and AI technology.

Choo oversees the Singaporean bank's consumer technology infrastructure as well as big data and AI initiatives, including the core banking platform, which supports functions such as loans and savings.

DBS is looking to utilise data in various ways to better understand the types of services its customers want. This means building up data science skillsets internally so it can extract such insights, Soh noted.

For instance, she said, DBS wants to know when customers need to send money to their parents or when to remind customers that payments are due so they do not incur undue fees.

She said technology vendors today were driving new standards and norms in a way that IT tools are seamlessly integrated with everyday tasks. For instance, when a PDF containing flight information is sent via email, consumers should be able to integrate this information with their calendar.

Adding that DBS strived to support such expectations as a bank, she said: "That everything should be automated and easy to consume is a given these days. We want to be predictive and pre-emptive, and know what customers want before they themselves know [what they want]. And we're aiming to do so through data and AI. That's why we're spending a lot of effort creating a data platform and investing in our data capabilities."

Its CEO Piyush Gupta had said the bank was assessing the use of automation and AI to take over "grunt work" and eliminate "failure demand", in which it hoped to resolve inefficiencies within the company. DBS estimated this could result in 15,000 jobs that will no longer be needed because machines can perform the same tasks, Gupta said, noting that this will drive the need to reskill employees so they can remain employable.

He said AI and machine learning could help identify patterns that humans previously could not, and employees would need tools and skills to interpret these insights and generate new business ideas and services.

Soh said: "Less than 40 percent of my team's focus is on keeping the lights on [and] we spend a lot of effort reducing such [tasks]. We want everything to be automated [so] we're more focused on [actually] changing the bank and improving things."

The bank executive manages about 51 percent of the company's technology team or some 2,800 employees, including data scientists who work within all departments in the bank such as human resources, legal, and other business groups.

The right mindset is necessary to drive DBS' ambition alongside the technology, she stressed, where product managers need to design and figure out what kind of services the bank should offer.

Soh said: "The technology is there, so the people need to be able to re-imagine how we deliver our services. Customers will [want to] use your services if you're adding value."

She noted that DBS over the last couple of years had begun re-architecting several of its major IT systems including its credit system, as these were reaching end-of-life.

Her team then worked with their colleagues in the business and risk management teams to establish what functionalities were needed if the bank built the new systems from scratch, rather than purchase another software suite.

Apart from the credit system, her team also helped develop new capabilities for DBS such as an API (application programming interface) platform and new online marketplaces.

According to Lionel Lim, Pivotal's Asia-Pacific Japan vice president and managing director, businesses in the region were keen to build their own applications, rather than outsource such developments to external software vendors, because this would significantly slash the time needed to move a product from proof-of-concept to deployment.

Lim said in an email interview: "From the get-go, businesses will be able to incorporate feedback from all parties and, at the same time, the deep understanding of internal processes and challenges by employees will play a large role in ensuring the best approach in developing the software is adopted."

In comparison, software vendors typically require more time to fully understand such requirements and there are also risks of delays during the production process due to potential misunderstandings or miscommunication.

Another push for businesses to build their own software is security, he noted. "In today's cloud-centric world, the best way to remain secure is to use software that are specifically designed for cloud architecture. Unlike traditional software development, which usually considers security as an afterthought left to the end, security can be integrated from the very start and throughout the entire production workflow," he said.

DBS built its API platform on Pivotal Cloud Foundry, which enabled it to upgrade or update the system without any downtime, Soh said, adding that the bank's marketplace is also built on Pivotal. Plans also are underway to migrate DBS' mobile wallet, PayLah, to the Pivotal development platform.

"With this move, we will make our systems truly cloud-native," she said.

Asked how small and midsize businesses could develop and maintain their own software, Lim said they should refrain from being too ambitious and, instead, take small steps.

"DevOps is built on the principle of waste reductions due to [the ability to have] continuous improvements. Over time, this not only enables businesses to become more agile, but also offers cost efficiencies," he explained. "By taking small steps, SMBs will be able to better manage the cost involved, ensure sustainability, and still bring about business value. Further investment and the tackling of more complex processes should only [be undertaken] once a stable DevOps culture is established and the necessary resources are available."

Ensuring the right culture, too, is essential for large enterprises such as DBS, he said. In guiding the bank with its software development, he said a key challenge is helping it move to "a more collaborative culture".

Lim said: "For example, the practice of programming simultaneously with others was relatively new to some programmers, however, this was necessary to code faster while ensuring progress is made towards the objective. This is akin to a driver and navigator in a rally car race. On a departmental level, also, there was some getting used to with software engineers communicating and working together with operational staff on a more frequent basis."

Philosophers and psychologists may be needed in future corporate workspaces as businesses will need skills that machines and artificial intelligence cannot easily replace.

Singtel Dash will be combined with AIS Global Pay and Rabbit Line Pay to enable QR code-based mobile payments across Singapore and Thailand in partnership with AIS and Kasikornbank.