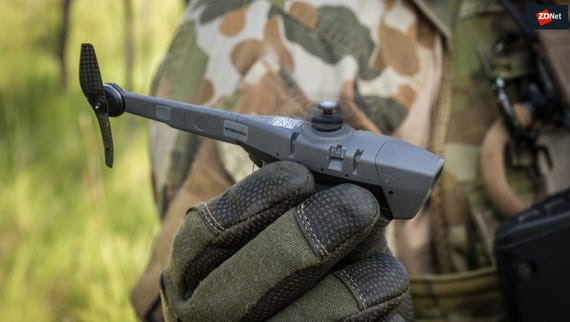 The Department of Defence has awarded Canberra-based company XTEK with the responsibility of providing repairs, maintenance, and support services for the Australian Defence Force's (ADF) Wasp All Environment (AE) small unmanned aerial systems.

The four sustainment contracts that XTEK has received are valued at a total of AU$10.6 million for an initial term of three years.

In a statement, Minister for Defence Industry Melissa Price said there will be an option to extend the contract through to 2026, with an anticipated value of up to AU$5 million per year.

XTEK said it expects the ongoing contract could provide up to AU$35 million in revenue for the company over seven years.

XTEK is the same company that sold its Wasp AE small unmanned aerial systems to the ADF, when the ADF announced it would invest AU$101 million in the drone fleet.

The government said at the time that the acquisition of the drones would cost approximately AU$11 million, plus up to AU$4 million each year for sustainment, which would mostly be provided by XTEK.

See also: How AI and drones are trying to save the Great Barrier Reef (TechRepublic)

Since scoring the initial contract, XTEK has deployed 59 Wasp AE small unmanned aerial systems, with plans to add a further 20 to the fleet in 2020.

"We already do quite a lot of maintenance work on an ad hoc basis but this contract recognises we have the skills and equipment to carry out the maintenance for the entire fleet of Wasp for Defence," XTEK managing director Philippe Odouard told ZDNet.

Odouard added that as the fleet had now grown to 59, maintenance and repairs would become increasingly important to upkeep the drones, which he said are designed to keep soldiers safe in the field.

"The main purpose of [the drones] are to see over the hill to avoid getting into an ambush. It is a very good way to operate a lot more safely and assess the risk, without losing [people] in the process ... so it's a lot safer for the guys who are deployed on the ground," he said.

One of the first projects between the pair will examine an unmanned system's route planning, location, ability to identify objects, and the platform's subsequent behavioural response.

The Department of Defence also handed out over AU$15.1 million in total funding to nine organisations as part of its latest round of Defence Innovation Hub contracts.

The investment was split between two Australian universities and seven Australian businesses.

Among the funding, AU$1.5 million was awarded to Agent Oriented Software, a Melbourne company, to demonstrate real-time coordination of intelligence surveillance and reconnaissance assets, including unmanned drones and autonomous vehicles; and Sydney company Marathon Targets was awarded AU$1.1 million to develop an autonomous vehicle target to enhance close combat training by replicating realistic actions of adversaries.