Dell Technologies reckons its AIOps software and integration with its hardware can get infrastructure to level 3 of a 5 level autonomous infrastructure scale.
Written by Larry Dignan, Contributing Editor on Sept. 22, 2021 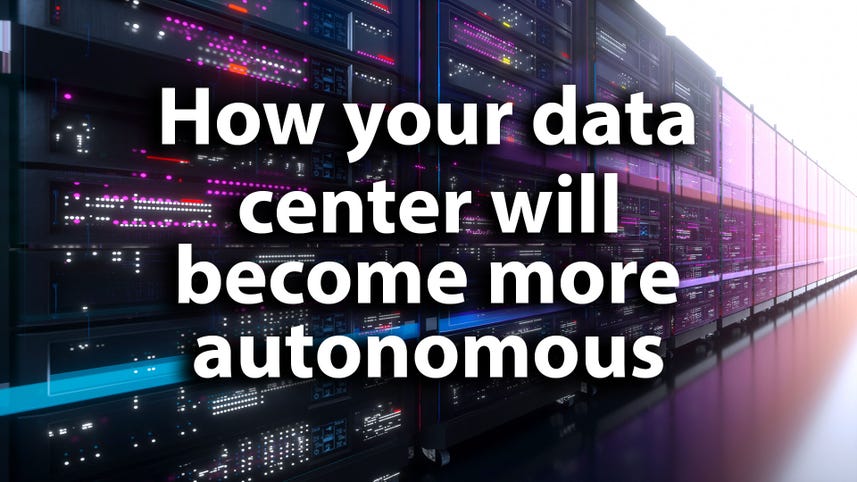 The effort is part of an effort to create autonomous operations starting with CloudIQ, which includes AIOps tools to manage issues before they become critical. Dell Technologies rolled out its Apex portfolio as a service effort and fleshed out plans introduced in 2020. Like Cisco and HPE, Dell sees its future riding along with recurring revenue, financing and as-a-service offerings. The move is likely to speed up automation in data centers and infrastructure.

The framework, which rhymes with SAE International's levels of autonomous driving, starts with partial automation at level 2 and rises to full autonomy at level 5. At level 5, human reliance to run infrastructure is minimal and a system can handle all operations without exception.

According to Dell, CloudIQ will cover the entire Dell EMC portfolio including hyperconverged infrastructure, compute, storage, networking and data protection. Support for PowerEdge and PowerSwitch gear is included.

For Dell, the plan is to leverage CloudIQ with its APEX Console and APEX Data Storage Services. APEX is Dell's primary vehicle to offer its products as-a-service.

CloudIQ and Dell EMC infrastructure supports up to level 3 of its autonomous operations model. The roadmap for Dell will bring its infrastructure to level 5 in years to come.