Full Bio
Posted in Between the Lines on October 20, 2020 | Topic: Data Centers 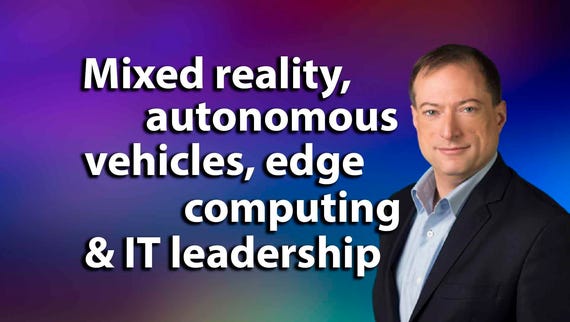 Dell Technologies outlined a strategy to move all of its products to as-a-service model and launched a cloud console that aims to be the control layer for on-premise, multi-cloud and edge deployments.

The effort, dubbed Project Apex, comes as traditional data center vendors duke it out with public cloud providers to manage multi-cloud deployments. Dell Technologies' strategy with Project Apex rhymes with the roadmap outlined by Hewlett-Packard Enterprise a year ago.

Multicloud: Everything you need to know about the biggest trend in cloud computing | Research: Multicloud deployment becomes new default for enterprise computing

Dell Technologies launched Project Apex, which is open for preview, at its Dell World Experience, a virtual version of its annual customer conference. Dell's Jeff Clarke, chief operating officer, said Project Apex will give customers a simple and consistent experience across PCs and IT infrastructure.

Ultimately, Dell's flexible on-demand pricing, multi-cloud management and similar plans will be built into Project Apex. Sam Grocott, senior vice president of Dell Technologies Business Units Marketing, acknowledged that the company may have to rationalize some of its offers under Project Apex.

The core of Project Apex is the Dell Technologies Cloud Console, which will be the control layer for multi-cloud deployments and procuring on-premise gear managed by Dell as a service. The cloud console will connect to the big three public cloud providers and be a single Web interface to compute, storage and other resources.

"We're going to shift to everything as a service," said Grocott. He added that on-premises infrastructure is too complex. Although Dell Technologies didn't outline a specific roadmap for Project Apex, Grocott did say there will be "a rolling thunder of releases up and down the portfolio."

The first part of the Project Apex effort will be storage-as-a-service from Dell Technologies. It is also offering public cloud-like instance-based pricing for on-premises infrastructure.

Project Apex will go horizontal with other-as-a-service offerings and vertical too with SAP-as-a-service and virtual desktop infrastructure as a service.

Directionally, Project Apex will be Dell Technologies' North Star. Today, Grocott said that large and mid-sized enterprises are going for flexible on demand pricing and models, but ultimately Dell Technologies can attract smaller businesses. "This will happen over time and directionally Project Apex is where we are going," said Grocott. "It's going to simplify how we message and transform us internally and externally."