If you know where to look you can find many great Linux-powered laptops. Besides Dell's XPS 13, Dell also offers several other blazing-fast, Ubuntu-Linux powered laptops. System76 specializes in great Ubuntu laptops and ZaReason offers a variety of Linux distributions on laptops and desktops. A top-of-the-line, all-in-one desktop PC? That's much harder to find. Now, Dell is offering a no-compromises all-in-one called the Precision Workstation AIO 5720. 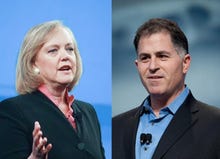 In its default packaging, it comes with 8GB of RAM. You can expand it up to 64GB of RAM. For storage, the sky's the limit, with slots for a M.2 PCIe SSD and a pair of 2.5-inch SATA drives. When it comes to graphics, it comes with a wide variety of the option of AMD and NVIDIA cards. By default, its entry-level graphics is an AMD Radeon Pro WX 4150 with 4GB of RAM.

For an all-in-one PC, it comes with a great number of ports. These include five USB 3 ports, one with PowerShare, one DisplayPort 1.2 port, two Thunderbolt 3 ports (which support Type-C, DisplayPort, USB3.1, and PS), an SD card reader, a SIM card slot, and Gigabit Ethernet. For Wi-Fi, it uses a Qualcomm QCA61x4A 2x2 801.11ac + Bluetooth 4.1 chipset.

You can, of course, run it with Windows 10. But the really neat thing is you can run it with Ubuntu 16.04.02 LTS or Red Hat Enterprise Linux (RHEL) WorkStation (WS) 7.3. To get these preloaded Ubuntu or RHEL versions, go to the computer landing page. Once there, click on the green Customize & Buy button on the right. From there, on the Select Components page, go to Operating System and select either Ubuntu or RHEL.

The base price is $1,699, and it goes up from there. Still, if you want the best, you must be ready to pay for it. As for me? My birthday isn't that far away, and I could use a new, no expenses-spared workstation.

Meet the newest member of the Microsoft Surface family 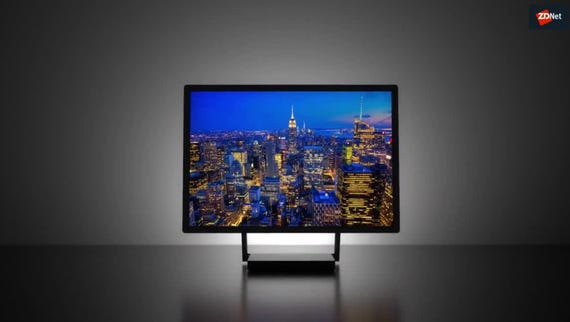