By Larry Dignan for Between the Lines | September 7, 2016 | Topic: Data Centers

Delta said that its IT outage in August will result in a $150 million hit to operating profits in the third quarter. 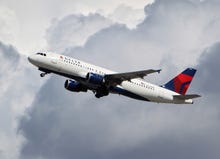 The industry is plagued by legacy systems and single points of IT failure. How'd we get here?

The airline gave the outlook at Cowen and Company's annual global transportation conference.

Overall, the company said that it will deliver operating margins of 18 percent to 19 percent and nearly $1.5 billion in operating cash flow despite revenue weakness, volatile fuel prices, and operational glitches.

One of those big glitches was the systems failure that Delta attributed to power outages. Delta noted in its presentation that "the outage event and subsequent operational recovery efforts are expected to reduce Delta's September quarter pretax income by $150 million, or ~1.5 points of operating margin".

Delta was upfront about the cause of the system outage that canceled 1,800 flights and delayed more.

The problems began for Delta when a critical power control module at the airline's technology command center malfunctioned, causing a surge to the transformer and a loss of power, the company said.

While power was stabilized and restored quickly, critical systems and network equipment didn't switch over to backups. Systems that failed to switch over hurt the performance of a customer service system used to process check-ins, conduct boarding, and dispatch aircraft.

Given that Delta is so tightly scheduled, any downtime leads to lost revenue and profits. Now we have the real-world tally.