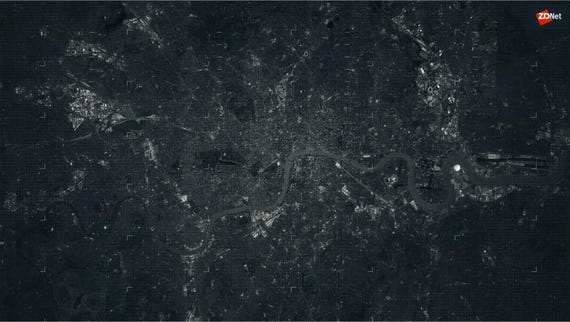 Own a vintage iPad or iPhone? Update now or face fallout from GPS bug
Watch Now

The iPhone and iPad are probably two of the most ubiquitous, and most well-known consumer electronics devices in existence. I'm sitting in a café in the wilds of Wales, UK, and I can see half a dozen of them being cradled gently by their owners, who give them copious taps and strokes.

But it's also amazing how many people are inadvertently mistreating their iPhone or iPad by doing things that are either unnecessary or even damaging.

Today I got into a conversation with a couple about an iPhone that was misbehaving and running slow. I was sitting with my iPhone and MacBook Pro, and powering both from my massive ChargeTech portable power station because the café didn't offer power outlets, so I looked "techie," which is probably why they struck up a conversation with me in the first place.

Must read: How to clear your iPhone's RAM and make it faster

For about an hour, the two of them spouted pretty much every iPhone and iPad power and performance myth and legend that I've ever come across. And I watched their faces fall as I told them that the "trick" didn't work.

Don't get me wrong; I don't blame them. These myths and legends have spread like wildfire, reprinted on countless websites and forums, and passed from person to person like currency.

He was particularly crestfallen when I told him that the photos of their trip he'd deleted to try to speed up the iPhone achieved nothing. Fortunately, I was able to show him how to recover them.

But this conversation made me realize how widespread these iPhone "tips" are.

Quick tip: The quickest and safest way to speed up your iPhone is to reboot it.

So, let's debunk a few of these iPhone myths and legends!

Deleting photos and other data off your iPhone or iPad will speed it up.

No, it won't. This is just a fast-track to data loss.

Deleting apps off your iPhone or iPad will speed it up.

No, unless the app is doing a lot in the background (usually these apps are buggy, and these bugs are quite rare these days).

Closing apps down speeds up your iPhone or iPad.

No. It can slow it down and even use more battery when it needs to reload that app.

Your iPhone or iPad runs faster when it's charging.

No. If it gets too warm while charging, that can cause it to slow down. The only exception here is if you've put it into low power mode, because now that will be automatically deactivated as soon as the charge level rises above 80%.

Wireless charging is the fastest/best way to charge your iPhone.

No. It's slow. It's fickle, can cause overheating, and even premature battery wear.

The longer your charging cable, the slower your iPhone of iPad will charge.

Technically this is true (because of the increased resistance of the cable), but in practice the difference is negligible, and most people will never notice it (and quality cable makers will use different thicknesses of conductors to compensate for this increased resistance).

All bets are off though if you're using some cheapo cable from some no-name maker.

You should completely discharge your iPhone's battery regularly.

While modern batteries are pretty good at dealing with this sort of abuse, it's not something I recommend because it is possible to permanently damage your battery this way (for example, if you discharge it in hot conditions and then take it somewhere cold while it is in a discharged state).

You should fully charge/discharge a battery in an iPhone or iPad before storing it.

This can damage the battery. The best state for a battery for long-term storage is a 50% charge.

For the best/fastest/fullest charge, you need to keep your iPhone or iPad warm/cold.

For the fastest charge, you should use the Apple charger and cable supplied with the iPhone.

Since Apple doesn't ship a USB-C cable or charger, this is not the case. Apple does sell high-quality chargers and cables that support fast charging, as do companies like Anker and Amazon.

You can download apps that speed up your iPhone or iPad, or that will "optimize" charging.

If you jailbreak your iPhone, you can unlock a hidden "super speed" mode tweak.

Got any other juicy iPhone or iPad (or Android) myths and legends? Feel free to share them below!