Here's a mistake I see Android users make all the time. They spend big bucks on the latest and greatest phone and then go out and buy the cheapest, nastiest microSD card they can find, in the belief that "they are all the same."

Another thing I see happen is that a card gets passed down from phone to phone for years, this time the assumption is that microSD card technology hasn't moved on over the years.

Online stores are full of cheap microSD cards, counterfeit cards, and cards that have been doctored to report that they have more capacity than they really have.

So, I only buy quality cards from reputable manufacturers.

For me, the manufacturers that have offered the nest in terms of quality, reliability, and performance are SanDisk and Lexar. Sure, there are other great brands out there, but these are the two that I've had best success with, and I've used them for decades.

OK, but there's something else that I look for, and to see this you'll have to look closely at the card you're buying.

I make sure that the card is A2 rated. A2, or to give it its full name, Application Speed Class 2, defines the minimum specification for cards and host devices, which is a random read speed no less than 4000 IOPS (Input/Output operations Per Second), a random write speeds no less than 2000 IOPS and a minimum sustained sequential write speed of 10 MB/sec.

Modern microSD cards are much faster than this nowadays, but that rating is worth looking for because it gives you the best performance possible from your smartphone.

So, if you're buying a microSD card, buy a decent one. They're not that expensive. And if you're moving one from an older phone to a newer one, you might want to consider a storage upgrade. 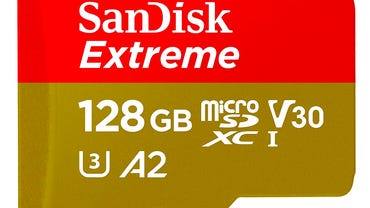 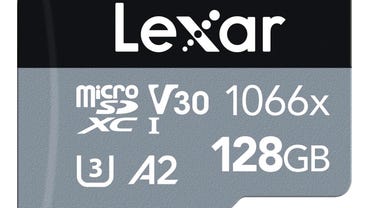