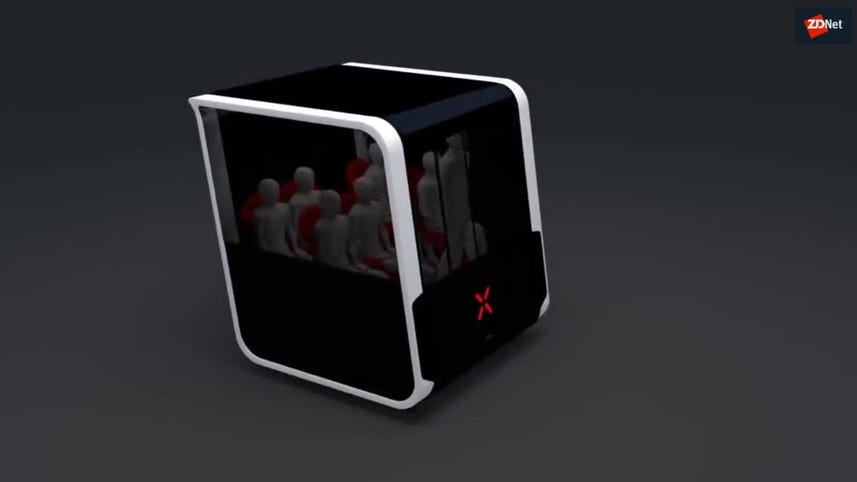 Since its creation in 2012, Middle East car-booking app Careem has grown rapidly. It now operates in over 80 cities across 12 countries in the region, including Pakistan and Turkey, and says it is growing its user base of six million at more than 30 percent a month.

In June 2017, the company announced the second close of its Series E funding round, bringing a new cadre of international investors into the mix and providing it with the capital for expansion.

These companies, which have invested in ventures such as Lyft, as well as payment systems and other mobility-related enterprises, bring relevant expertise as well as funding, a point acknowledged by Mudassir Sheikha, Careem's CEO and co-founder.

"This latest round of funding provides Careem with an opportunity to further expand and deepen our presence in the region's markets," he tells ZDNet.

"Most importantly, the knowledge and global expertise that these strategic investments bring will allow us to accelerate our technological innovation, including the rollout out of our driverless electric pods, which are set to hit the road in Dubai shortly, and help move us further along in our mission to establish Careem as a center of excellence for research and development."

These driverless pods are part of a collaboration with the Californian based NEXT Future Transportation, which aims to bring self-driving technology to the Middle East, including Dubai, which last year announced ambitions for a quarter of all journeys in the emirate to be driverless by 2030.

"The introduction of these driverless pods will revolutionize urban transport in the region, creating an efficient, safe and environmentally friendly mode of transportation where passengers can be picked up on demand and dropped off to different locations," Sheikha says.

"Building our research and innovation capabilities is a focus area for Careem, and we've been investing big in the development of autonomous cars, which we believe will shape the future of surface transportation."

These moves build on the reputation for innovation that the company is already establishing in the region. In Dubai, for example, Careem's fleet offers a dedicated car, called Careem Kids, for parents, which comes pre-installed with a child's car seat. It also new premium women's limousine service, Ameera, offering in-car wi-fi and female drivers.

On the technology front, Careem's services are now integrated with Google Maps. It recently announced a contract with Digital Barriers to provide driver facial recognition software that "enables Careem to confirm its captains' identity [the name it gives its drivers] in real time, eliminating all risks associated with fraudulent car ownership and possession".

Meanwhile, a partnership with UN refugee agency UNHCR gives passengers in UAE and Saudi Arabia the chance to hire a dedicated UNHCR-branded vehicle for their journey. At the end of it, $0.82 is added to the fare, which goes to support refugees in the region.

Within two months of launching, 50,000 such journeys had taken place. The service has also been rolled out in Pakistan and Jordan. Initiatives such as this one are part of its customer service and work culture: Careem means to be generous in Arabic.

Other people-centric ideas embodying this spirit include a car service for people with special needs, and a call center for less tech-savvy customers.

This last option is particularly useful for "the older generation," Sheikha says, "who naturally are not as tech-savvy as their younger counterparts, and are not very familiar with apps and how to use them to book a ride. We've been highlighting this facility more in an effort to bring this segment of customers on board".

Reflecting on the past five years, Sheikha says: "We're blessed to be in a region where we're not disruptors but collaborators, given the relative lack of infrastructure so far as the transportation industry is concerned."

He argues that Careem is transforming public transportation in the Middle East and Africa.

"That's why we've had to convince the government and regulators that our business is a win-win proposition. Once they realize this, they're usually only too willing to work with you to ensure that their citizens benefit from more choice and convenience," he says.

That said, Sheikha is clear that "the lack of adequate transportation infrastructure in the region is a massive impediment to the growth of the ride-hailing industry".

Even with the firm's high growth rate, "a lot more people in our region would have been able to benefit from our service had there been a more robust infrastructure in place," he argues.

But despite that obstacle, Sheikha feels Careem success owes much to being a homegrown brand: "from the region, for the region".

"We know the local markets and their unique needs better than others. From the beginning, we've shown a genuine interest in, and a deep understanding of, the challenges facing the region and its people, and we keep listening closely to what people have to say," he says.

"This approach has allowed us to keep up with changing customer expectations, and helped us introduce a number of services that have been the first of their kind in the region -- such as facial recognition technology to enhance passenger safety, [or] the option to pay in cash."

Looking ahead, Sheikha wants the company to become a world-class institution that sits at the forefront of innovation and research. As a result, his team are keen to share what they've learnt along the way.

"Senior Careem executives keep participating in university events and other forums to raise awareness on the possibilities of entrepreneurship and to familiarize students, particularly females, with career opportunities in the tech industry," he says.

And with money in the bank, Careem is also able to do more than just offer advice.

In July, the company invested $500,000 in Swvl, an Egyptian ride-sharing app for bus commuters in Cairo. Founded by a former Careem executive, and with CEO and co-founder Magnus Olsson reportedly taking a seat on Swvl's board, the move offers a hint about the scope of Careem's ambitions.

"There really is no such thing as overnight success, so you need to be prepared to work hard and persevere, and be in it for the long haul," Sheikha says.

With new partnerships, investors and plans to lead the charge for driverless cars in the region, it looks like Careem isn't about to step off the gas.