High tech, highly mobile platforms that are dead simple to use: Welcome to the new age of drone security.
Written by Greg Nichols, Contributing Writer on Sept. 2, 2020 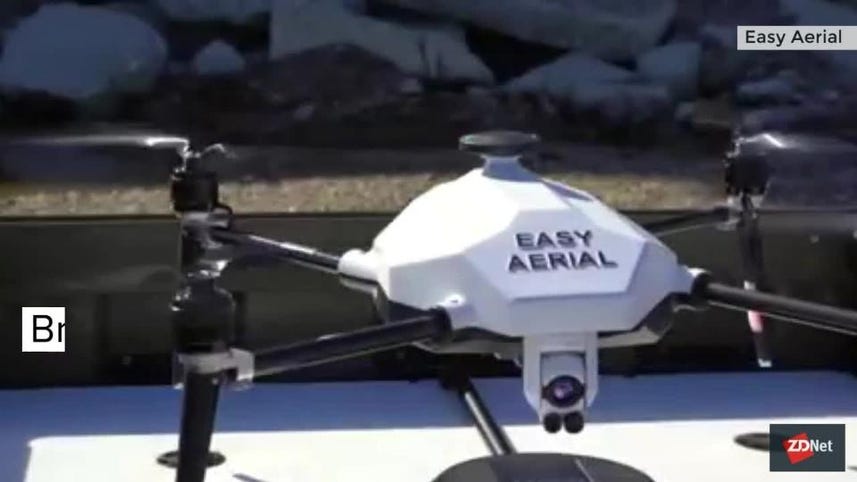 If you zoom out, the drone landscape is positively dominated by DJI, the Chinese drone giant that claims more than 70% market share. But if you move a little closer, you'll find fissures in the market where smaller players have made a big impact.

High end security is one such niche, and the new name of the game in that race is autonomous all-in-one systems that can fly missions by themselves and stow down to the size of a suitcase. One of the leaders in the space, Easy Aerial, is a prime example of a company that's flourished outside of DJI's domination.

The company has been in stealth mode since 2015 and has developed a line of autonomous free-flight and tethered drone-in-a-box systems for applications such as perimeter security, border patrol, overwatch, agriculture, and industrial applications. With its $6M Series A just wrapped up, the company is small compared to DJI but has a host of contracts with big players like the USAF, CBP, and Miami PD, which used Easy Aerial's drone-in-a-box solution for deployment during Super Bowl 2020.

That kind of market penetration points to opportunities in the drone space, which is often seen as a monolith but is becoming increasingly diversified thanks to specialty providers for niche applications and, increasingly, the spread of open source architecture. I've written about the drone equivalent of Red Hat, which is helping spur a new generation of drone innovation.

Easy Aerial's systems are rugged and take off, fly, and land autonomously, even from a moving vehicle. The new investment round will allow the company to scale to meet growing commercial, government, and military demand in both the United States and internationally.

"New product innovation is a key area of focus for Easy Aerial, and this investment means we have the resources to develop game-changing, robust, and versatile systems that define the reputation and execution excellence that is inherent in our mission," explains Ido Gur, Co-Founder, and CEO of Easy Aerial.

As has become standard in the aerial surveillance market, the company's line of monitoring drones includes free-flight and tethered autonomous systems that take off and land from a portable, rechargeable enclosure without the need for on-site human intervention.

Take stunning aerial footage with this drone for under $90

Take stunning aerial footage with this drone for under $90

Open Source
Hiring developers? This is how many interviews it takes to fill a job