Full Bio
Posted in Between the Lines on April 27, 2017 | Topic: Innovation

NTT Docomo has revealed what may be the future of advertising -- spherical video-touting drones which ensure you can see ads from every angle.

Last week, the Japanese telecommunications giant revealed the new drone which comprises of an external frame and a LED spherical display created through eight strips which curve from top to bottom. The unmanned aerial vehicle is held within the sphere and legs protrude underneath for take-off and landing.

In a bid to "create innovative new business," NTT Docomo says the "world first" drone, created as part of the Docomo Drone Project, spins the frame on its axis, forming an "afterimage effect" which makes the display appear solid.

To make sure the public see the advert from every angle, the effect happens in 360 degrees -- while allowing air to pass through it to prevent overheating and maintain flight.

The drone is roughly 88cm in diameter and together with the 144 x 136-pixel screen, the UAV only weighs 3.4kg.

The telecoms giant says that the drone can be operated "virtually anywhere," and while performers already find smartphone camera and video use enough of a headache, drones may one day be zipping above the heads of concert goers either as part of a performance or as a means to display adverts and event information.

NTT Docomo says that following another year or two of tweaks, the company hopes to begin commercializing the drone no later than March 2019.

It will not just be advertisers, however, that could provide revenue for the device; instead, NTT Docomo is also exploring how entertainment and messaging solutions could also be drone-projected in stadiums and concert halls to make money.

The drone will take flight at the NTT Ultra Future Museum during the Niconico Chokaigi conference at Makuhari Messe on April 29.

In February, officials from Dubai revealed a new project to become one of the first places to offer an autonomous drone taxi service -- in the air. It is hoped the egg-shaped drones can help lessen congestion and will be suitable for short trips. 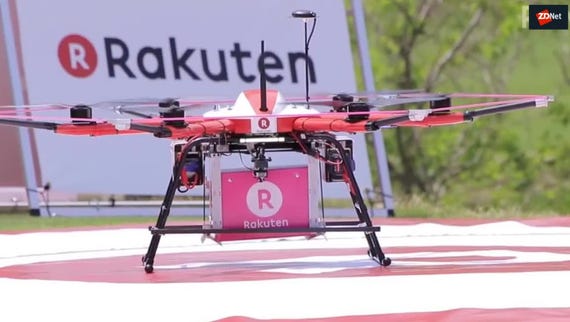