Until 2021, Natalie Gagliordi was a senior writer for Red Ventures based in Louisville, Kentucky, covering business technology for ZDNet. 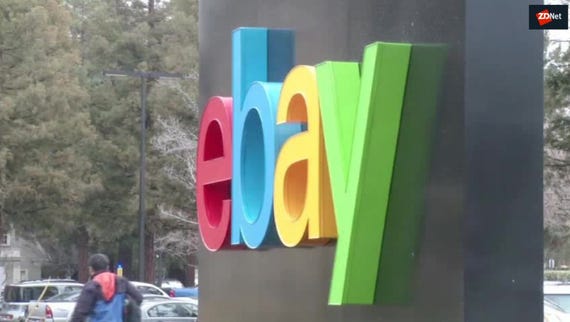 eBay is pondering a corporate split in another investor-led reexamination of the company's performance. The e-commerce company announced Friday that its board has approved a "strategic review" of eBay's assets, including StubHub and eBay Classifieds Group.

"Over the course of the last two months, we've met with a number of shareholders to understand their views," said eBay's chief executive Devin Wenig. "The bottom line is that we all share common ground: we see tremendous opportunity ahead and want to see eBay's full potential realized over the long-term. The initiatives we are announcing today are the result of this constructive dialogue."

So far the investor talks sound void of major acrimony, unlike eBay's tumultuous split from its former payments subsidiary PayPal. eBay announced plans to spin off PayPal into a separate publicly traded company in late 2014 following months of speculation -- much of which came as a result of some very public criticism from shareholder and prominent financier Carl Icahn.

eBay's current portfolio is far less valuable without PayPal in the mix, making it more likely that the company will try to sell one of its subsidiaries rather than spinning out another independent company. StubHub is the likely contender for a sell-off despite its relatively flat growth. eBay reported in its most recent quarter that the ticket marketplace brought in $314 million in revenue, up 2 percent from the same quarter a year ago.

For now, eBay said its working with prominent shareholders Elliott Management and Starboard Value to explore strategic options. eBay has also added two new independent directors to its board as part of the process.