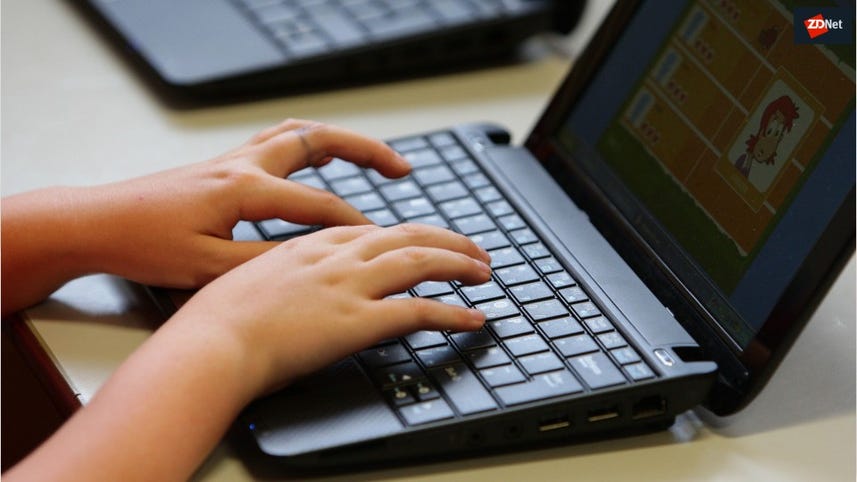 The 35th annual BETT exhibition of education and training technology was held last week at the Excel centre in London's docklands. It still pulls in crowds from all over Europe and beyond, because it's the only way to see so many products in such a short time. It also provides an overview of a changing industry.

Long, long ago, BETT was a battleground between Acorn's BBC Micro/Archimedes and Microsoft Windows. More recently, Android tablets vanquished Apple iPads. The latest battle appears to be between Google and Microsoft, but it's hard to see either of them winning.

Microsoft added Teams and Flipgrid to its very popular Minecraft and OneNote products while Google was still generating a buzz around Google Classroom and Google Earth. These are all great products for educational use, and they are not mutually exclusive. However, oddly, Google went with Google Cardboard, which didn't look impressive compared with the Microsoft Mixed Reality headsets that were shown on several stands.

There were also, as you'd expect, far more Windows laptops than Chromebooks, though there were not many new products. As reported here earlier, the hardy few included the cheap Lenovo 100e, the 2-in-1 Lenovo 300e, and the 14w, all running Windows 10. Acer launched a TravelMate B114-21 running Windows 10, a Chromebook 512, and a convertible Chromebook Spin 512 with a 360-degree hinge. Dell unveiled three new Chromebooks and an impressive Latitude 3300 Education.

I took my first chance to practice typing on Lenovo's expensive Yoga Book C930, which is an upgrade on the original dual-screen Yoga Book. It has a 10.8-inch touch screen, plus a 10.8-inch E-Ink screen used to display a keyboard. It works, but it's a nightmare for touch typists who generally rest their fingers on the home keys. Suffice it to say, I won't be investing £1,099.99 or £1,299.99 in one of those.

Other big-ticket items included Dell's 75-inch C7520QT 20-point multi-touch screen ($5,999.99 in the USA), and Microsoft's Studio 2 (from £3,549 in the UK), which was making its first appearance in Europe. I would expect large enterprises to buy more of these products than schools, but they are aspirational.

BETT did not have many big hardware manufacturers this year, the main ones being Dell, HP, Lenovo and Acer. The days when UK companies such as Acorn, RM and Viglen had big stands are long gone (Viglen appeared as part of XMA), but the no-shows now include Asus, Samsung and Toshiba. The emphasis has shifted from computing devices to giant display screens, whiteboards, projectors, virtual reality headsets — where Los Angeles-based startup EngageVR stood out — and lots of small robots.

Many of the robots were for teaching children to code, among other things, and Wonder Workshop — another Californian company — was the stand that caught my eye. Wonder was demonstrating two three-wheeled, Lego-compatible robots, Dash for ages 6+ and Cue for 11+. They are somewhat alien-looking, which, according to Wonder's Jan Caldarella, makes them gender neutral. There are various add-ons including a ball launcher, gripper arms, a pen kit and a tiny xylophone. Kids can program these robots from a compatible iOS, Android or Amazon Fire device using Blockly, a graphical building-block language that looks like Scratch, but isn't. Older kids can program in JavaScript, with the Cue also having Windows 10 and Chromebook support.

Wonder showed some attractive materials for teachers for classroom use, but the two robots also work well as toys, and parents can buy them on Amazon (Dash, Cue).

With more than 700 stands, things start to blur after a while, but most BETT shows include something memorable, if not necessarily consequential. This year there were a couple of things. First, ClassVR — whose cheap headset was a big hit in 2017 — had a BETT-to-the-future DeLorean.

Second, First Scandinavia's Newton showed a realistic flight simulator, working both on a flat table and on Boeing hydraulics, to add motion. (Boeing is a backer because the world needs another million pilots over the next 20 years, apparently.)

The Newton Room is a well-established concept in Norway, where more than 30 are used to support the teaching of the STEM subjects, science, technology, engineering and mathematics. The first overseas Newton Room opened in Denmark in 2015, and three are now being constructed in Scotland. Whether any English schools will sign up remains to be seen, but it's a seductive idea, especially for schools with rich potential sponsors. As with exhibition stands, the first school with a real flight simulator will stand out from the crowd.

Education taken to the next level with Microsoft Surface Go

The education sector has been on a steady road towards finding that ideal PC form factor that gives teachers and students the best of a laptop and a tablet all at once.

The universities are trying to avoid losing funding under the National Defense Authorization Act, according to Reuters.

Apple iPad (2018) review: The best gets even better

The sixth-generation iPad is everything you could want in a tablet, for a fraction of the price.

The university has updated its HR platform with Workday and will soon go live with a learning management system‎ from Canvas, as it updates its tech and redefines where the IT shop sits.

The Indian conglomerate has acquired 72.69 percent of shares in the edtech company with an investment of $180 million over three years.