Egypt's building a new capital: Inside the smart city in the desert

A new administrative center being built between the Nile and the Suez Canal will be the country's first smart city.
Written by Damian Radcliffe, Contributor on Jan. 28, 2020 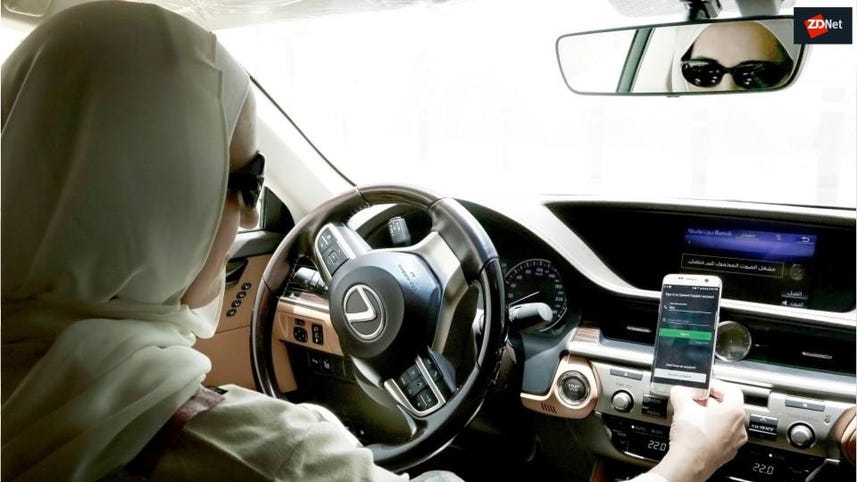 Egypt is busy building a new – as yet unnamed – capital, designed to be the country's new administrative hub and home to more than 6.5 million residents.

The new capital will cover 700 square kilometers, or 270 square miles, making it about the size of Singapore, and will be located 35 kilometers, or 21 miles, east of Cairo.

A look to the future

One key driver behind the initiative is the country's rapid population growth. A new baby is born in Egypt – the most populous country in the Middle East – every 15 seconds, which translates to about two million new people a year.

Cairo is already a congested, polluted, and overcrowded city that is predicted to double in size by 2050 to 40 million people. By then, the country's wider population is expected to jump to 150 million, up from just over 100 million today. "Forget ISIS, Egypt's population boom is its biggest threat," Newsweek declared in 2017.

Population challenges aside, other potential motives for the move include a desire by President Sisi – who came to power when the military took charge in 2011 – to break from the past and make his mark in history, as well as efforts to stimulate the economy, which has remained sluggish since the events of the Arab Spring.

Projected costs for the new capital range between $45bn and $58bn. While the initiative has its supporters, others have questioned the expense, given some of the financial challenges – such as rapid inflation, unemployment, a downturn in tourism, "shoddy infrastructure" and "modest" job creation – that the country has faced in recent years. Although there are positive signs in all these areas, there is still a lot of work to be done.

"For the country to watch the government spend tens of billions on this [city] while also hearing them say we all have to tighten our belts, it sends a contradictory message," Timothy Kaldas, a non-resident fellow at the Tahrir Institute for Middle East Policy in Cairo, told NBC News.

"There is something very wrong with the order of priorities," agreed political analyst Hassan Nafaa in an interview with AP. "Maybe el-Sissi wants to go down in history as the leader who built the new capital. But if Egyptians don't see an improvement in their living conditions and services, he will be remembered as the president who destroyed what is left of the middle class."

Despite these misgivings, development is rapidly moving ahead. The first government ministries are intended to relocate to the new capital in mid-2020, and a flurry of contracts have recently been signed for everything from a new $834m business park to a city-wide digital security system, and Honeywell installing over 6,000 wireless cameras across the city.

Meanwhile, the state-owned operator Telecom Egypt agreed in September 2019 to build a EGP40bn ($2.44bn) telecommunications network within the next six months. Train and plane manufacturer Bombardier has been contracted to build a 21-station monorail in the new city, as well as a new line to connect East Cairo with the new capital.

Described by Danny Di Perna, the president of Bombardier Transportation, as "the smart mobility solution for Cairo's urban future", the 54km (33-mile) line can carry 45,000 passengers an hour. The estimated travel time from East Cairo to the new capital is around 60 minutes.

Smart technology to the fore

A website for the project promises that "the new capital is developed with the strategic vision for a smart city integrating its smart infrastructure to provide many services to citizens".

This vision includes: smart monitoring of traffic congestion and accidents, smart utilities to reduce consumption and cost, smart buildings and energy management including a focus on renewable energy and using IoT to save power consumption, as well as "building optical-fiber infrastructure connecting every building using FTTX technology".

Plans for a 90-square-kilometers solar (35-square-miles) farm are also part of the mix.

Alongside this, the government has announced that it intends to make the New Administrative Capital the first cashless city in the country.

The development of e-commerce, which it's hoped will be stimulated by this move, and mobile money are big strategic priorities for the government. At present, there are around 20 million active mobile payment accounts in the country, but the Egyptian Central Bank wants to double this in the next two years.

Financial and other challenges

Although plans are progressing, there have been some bumps in the road. Reuters reported last year that the "project is struggling to raise funds and needs to overcome other challenges after investors pulled out".

"We need very extensive financing," it quoted Ahmed Zaki Abdeen – a retired general who heads the company building the new city – as saying. "And the state doesn't have money to give me."  As a result, around 20% of investment to date has come from overseas.

According to Abdeen, China has contributed up to $4.5bn towards the costs and China State Construction Engineering is also training 10,000 Egyptian construction workers.

SEE: Tech in Egypt: Here's what you need to know about Middle East's biggest market

Interestingly, writing in Daily News Egypt last year, Matt Walker of MTN Consulting, has stated that much of China's contribution is in the form of loans, and that "Chinese banks are lending funds only to buy Chinese equipment".

And, of course, building in the desert also brings with it other challenges. One obvious example, which Reuters highlighted, is that "the city will consume an estimated 650,000 cubic meters a day of water from the North African nation's scarce resources".

Will it be a success?

Cairo's continued expansion is clearly unsustainable. The city faces many problems, including being named the most polluted city in the world. However, whether creating a new capital city is the best solution to this problem is a moot point.

The Economist, for example, described the move as "an elephant in the desert", noting that although the new capital will be an employment hub, "few civil servants can afford to live there".

Others are concerned about the potential implications for Cairo's historic capital.

"With a new Egypt capital being built, what becomes of Cairo?" asked AP's Hamza Hendawia in an article last year. There are fears, as expressed by Amar Ali Hassan, a socio-political expert, that Cairo – Egypt's capital for over a thousand years – "could be neglected, become estranged and left to die a slow death."

As a result, Khaled Fahmy, a history professor at the American University in Cairo, is just one critic who has argued that the money needed for the new capital could be better used fixing the existing capital's problems.

Moreover, recent history is littered with examples – from Brasilia to Abuja – of new administrative capitals that didn't quite deliver on their early promises.