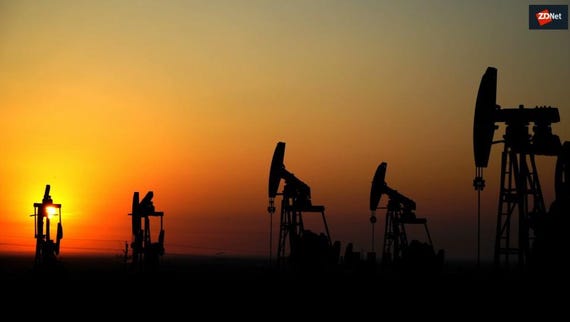 In contrast, Saudi Arabia, the second largest market by population in the region, is home to 34.3 million people, and is predicted to have a population of 44.5 million by 2050.

That population profile and growth means Egypt is of considerable interest to technology companies and watchers, despite its many problems.

Aside from the political situation – the military assumed power in 2011 – the country is plagued by frequent power cuts, high levels of unemployment, including a third of those aged between 15 and 24 years and 34% of graduates, and contrasting levels of digital inclusion. Moreover, about 95 percent of Egyptians live along the Nile, on less than 5% of Egypt's territory.

These challenges will only grow as the population rapidly expands. Given this situation, it's no wonder that the country's president, Abdel Fattah el-Sisi, has identified overpopulation, along with terrorism, as the two biggest threats facing the country.

With just under half of Egyptians online, 49 million or 49% of the population, there remains considerable scope for growth. This opportunity will be of interest to both international and domestic operators.

One player, Vodafone Egypt, has stated it will invest about €250m ($277m) in the country next year. And although 4G only launched in the country in 2016, operators – as they are across the region – are already discussing timelines for 5G.

If that doesn't happen organically, then the government may look to actively facilitate change.

The use of Digital IDs as a means to access services, for example, is just one mechanism currently being rolled out. Post Office branches are being used to enroll citizens in this program, with biometrics playing a key role, given an adult literacy rate of 74%.

"As soon as people start to use digital financial services and see the benefits, things will change a lot," argues Gamal Khalifa, head of microfinance at Egypt's Financial Regulatory Authority. "They'll find these services to be secure and easy to use. They'll be able to receive and make payments, receive loans, and save money on transport costs."

This matters in a country where most of the population is 'unbanked'. Data from the World Bank states that just 33% of Egyptians had a bank account in 2017.

Moreover, those who do have accounts seldom harness their full potential. Ayman Ismail, the Abdul Latif Jameel Endowed chair of Entrepreneurship at The American University in Cairo's School of Business, told ZDNet last year, "Most debit cards are used for payroll, with very little use in purchasing or online".

"Similarly, access to credit is limited, both for consumers and SMEs," he said. "Banks traditionally have been conservative in extending credit. Most of their deposits go to investing in government treasury bills, with safe returns."

Egypt's fintech sector currently consists of about 40 companies – including startups, financial institutions, and micro-finance providers, as well as incubators, hubs and investors. It's an area we can expect to see grow considerably, in terms of products and investors, in the near future.

The leap to mobile

Aside from this societal need, Egypt's adoption of mobile – which in many instances has seen consumers bypass the wired internet altogether – provides a foundation for optimism.

This take-up isn't altogether surprising when you consider that the average mobile internet connection in the country is 16.95Mbps, compared with 6.74Mbps for fixed connections.

Between 2014 and 2017, the percentage of the population using mobile money leapt from 1.1% to 22.8%, and there are 20 million active mobile-payment accounts in the country. The Egyptian Central Bank aims to double that figure in the next two years.

Alongside this, insights from GlobalWebIndex suggests that nearly all internet users, 90%, watch videos on their phones, 65% have used mobile maps and 29% have used ride-hailing services like Careem and Halan, a local tuk-tuk and motorcycle service.

Egyptians spend an average of nearly eight hours – seven hours and 53 minutes – a day online, some way ahead of the world average of six hours and 42 minutes. However, with less than half of the population online, Egypt's full digital potential will go unrealized until that situation changes.

Although the Egyptian government's own data suggests mobile and internet penetration has leveled off, and in some cases declined, there's still a lot of optimism for the future.

In terms of emerging technologies, PwC estimates AI could be worth $42.7bn to the Egyptian economy by 2030, equivalent to 7.7% of GDP.

Google and Bain & Company in a 2019 study project that e-commerce will grow by 33% annually to become a $3bn market by 2022. "At 2.5%, Egypt's e-commerce penetration of total retail sales is [already] comparable to that of India and Indonesia."

The reason for this discrepancy is the continued popularity of cash on delivery for online purchases, a preference which is prevalent across the region.

What this means is that Egypt's digital leap forward won't necessarily look like other regions. Local and cultural considerations will shape the adoption of technologies and their usage.

E-commerce behaviors exemplify this, as does social-media usage where nearly 70% of all social-media activity is on Facebook. Egypt remains the biggest national market for Facebook in the region, with 24 million daily users and nearly 37 million monthly mobile users.

In some instances, as with Instagram, these worlds will collide as buyers and sellers alike harness the e-commerce opportunities this social platform affords.

Egyptians already spend three hours and four minutes a day on social networks, versus the global average of two hours and 15 minutes. But, again, we have to remember that with four in 10 people using social media, this is just a fraction of the market potential.

Could Egypt be a sleeping tech giant, with the potential to have a large domestic, regional and global impact? One thing's for sure: Egypt is changing fast. Its market size, coupled with a young tech-savvy population, mean that it's far too big to ignore.

Join Discussion for: Tech in Egypt: Here's what you need to know...