Election interference? US voters worry their own government's at it

A new survey about election security shows that Americans worry just as much about domestic interference as foreign. And that they'd prefer a tech company to oversee elections instead of the government.
Written by Chris Matyszczyk, Contributor on Feb. 26, 2020 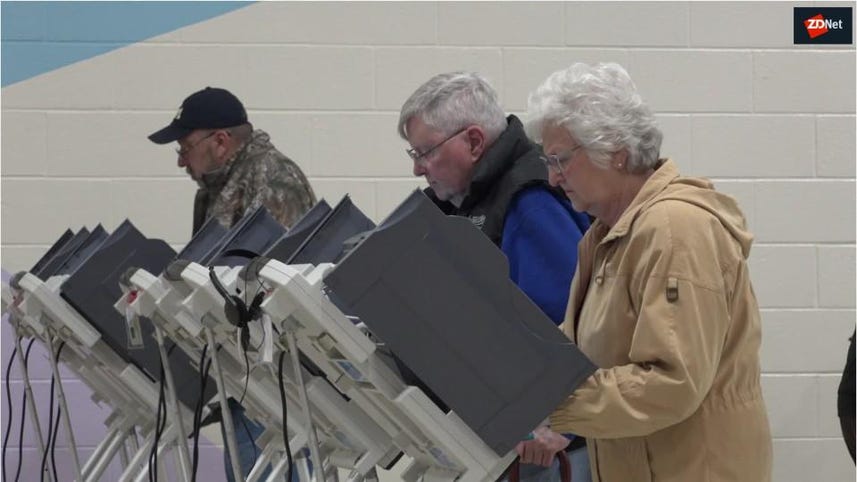 As you navigate the storms of potential doom at every hour of the day, can you trust anyone at all?

Life used to be so much simpler before tech came along and tempted the nefarious into instant and constant acts of subterfuge.

Get better news and lower your social media-induced anxiety with tools like Microsoft Edge, NewsGuard, and SocialFixer.

Now, we don't know whom -- or what -- to trust. When we get on Twitter, we're not even sure we can trust ourselves.

What sort of backdrop is this for our on-rushing elections? (Or should that be on-Russian elections?)

To familiarize you with the feelings of your fellow Americans, I give you a new survey about election security and tech's difficult role within it.

Created on behalf of security company nCipher -- slogan: "Enable Everyone, Protect Everything" (oh,sure) -- the survey asked 1,000 Americans for their deepest thoughts and fears about election security.

You might conceive that with all the publicity surrounding Russian election interference, the great American public would worry about that most of all.

This particular question allowed for more than one choice. A great fear of 41 percent of respondents was that election registration would be tampered with.

Is there anything that can be done to allay these multifarious threats to our democracy?

Well, 35.2 percent said they preferred paper ballots. And, at this week's RSA Security Conference, security experts agreed with them. Indeed, even nCipher's chief strategy and marketing officer Peter Galvin told me: "There is serious work that would need to be done for purely electronic voting to be safe and secure." That's reassuring.

Back to the survey. A further 29.5 percent of these fair Americans chose electronic voting machines with a paper backup as their preferred method.

Can it be that technology doesn't inspire the people's trust? All of a sudden?

Then again, Americans seem entirely unsure they want government to oversee election security at all. A troubling 18.5 percent said they were happy with the federal government leading that role. 20.4 percent would prefer federal law enforcement to be in charge. Yet an astounding 24.5 percent said they'd prefer an independent tech company to be charge.

Please hold hands, though, with the largest proportion -- the 27.6 percent who insisted there existed no being or entity they could trust to ensure election security.

I want to offer hope in the midst of the madness. However, the survey asked a painfully simple question: "Will you trust the results of the 2020 Election?"

Somewhere, Abraham Lincoln turns to God and says: "What have you done with my best work?"

And God replies: "Keep watching the show, Abe. The next episode's really good."