We talk so often of write once run anywhere technologies and reusable code blocks, drag and drop development and preconfigured components that I sometimes yearn for a mainframe or back office story just to get my hands dirty on some high end coding comment.As such, my thoughts turn towards this summer's major developer events, which I like to classify as falling into the 'developer-database' stream.
Written by Adrian Bridgwater, Contributor on April 13, 2010

We talk so often of write once run anywhere technologies and reusable code blocks, drag and drop development and preconfigured components that I sometimes yearn for a mainframe or back office story just to get my hands dirty on some high end coding comment.

As such, my thoughts turn towards this summer's major developer events, which I like to classify as falling into the 'developer-database' stream. This kind of gathering, which for me in recent years has been typified by IBM and Sybase's symposia, draws on the company's heritage in database technologies but focuses on what is generally quite high-end application development.

This is not forms-based Windows apps for the corner store or a new touchscreen version of Sudoku, this is complex (often proprietary) operating systems development for Unix-based platforms. These applications may be directed towards High Performance Computing workloads or other heavy processing tasks that require low latency & high throughput and/or real-time analytics.

IBM itself of course has the AIX (Advanced Interactive eXecutive) base of technologies to serve this division of the developer militia with special weapons and tactics. For the record, I titled this blog thusly before Googling to see whether big blue has used the IBM SWAT team label - and yes of course they have.

Developments so far this year appear to be (if I may employ the term) somehow 'giving back' to the power developer working at this level. What I mean is, if this sector of the software application development community has suffered in any way it may be from a lack of automation, collaboration and productivity frustration.

It is precisely the opportunity to eliminate the need to rewrite applications (or parts of applications) to take advantage of the higher processing speeds of IBM's POWER7 (announced this February 2010) processor-based systems that the company is seeking to address.

The company's website says that, "For the first time the users of more than 750,000 IBM Power System servers and blades with an AIX environment will have a modern, Eclipse-based application development environment. The enhanced version of IBM Rational Developer for Power has been shown to provide early users up to 30 percent improvement in workload productivity, and improve quality across the development process."

While on the one hand we have Microsoft trying to 'democratize the application lifecycle' with Visual Studio 2010's latest augmentations, we also have IBM plugging AIX users into the chance to 'bridge organizational silos' and 'minimize project risk'. I just had to leave the Americanised Z's in there for maximum cheesy effect OK people?

In seriousness, IBM's route to collaboration at this level is to give developers access to IBM Rational Team Concert for Power Systems Software V2. It's a long name that might not all fit on the tin, but if it's mixed with a primer coat of the company's new compilers optimised for POWER7 and you can see that application complexity may be coming down a rung or two in this high-end developer zone.

Now you might think IBM is a funny old company, but I used to work for them in a consultative role many years ago and while they have their little ways, they do have the capacity to reinvent themselves quite successfully. Let's see if they can pull it off for another decade eh folks? 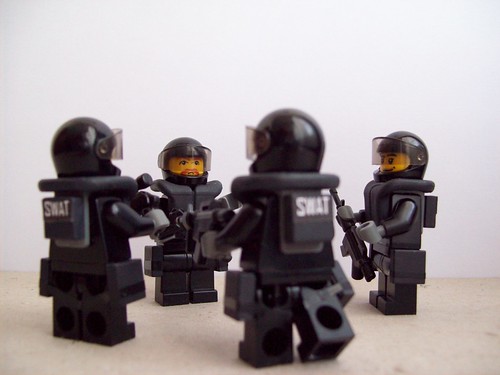