It will feature a supercomputer and data monitoring system.
Written by Aimee Chanthadavong on Feb. 19, 2020 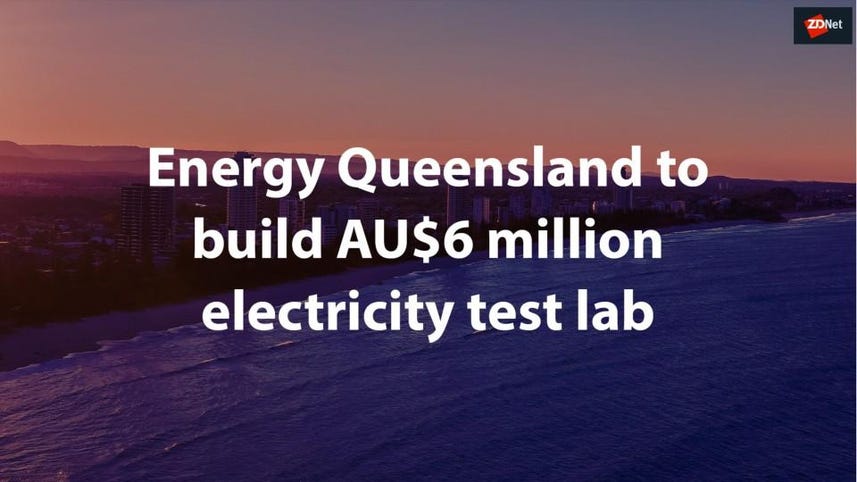 Government-owned Energy Queensland has commenced the development of a AU$6 million facility that will be used to test new energy solutions that could potentially be deployed into the national electricity network or used as an off-grid alternative.

To be located in Cairns, the micro-grid and isolated systems test facility will be powered by a supercomputer, or real-time digital simulator, that will have the capability to simulate and model intricate networks.

"In order to model our network in sub-cycle type responses, there is a need for lots of computer power to determine how different devices will interact, and how this might impact power supply to customers," Energy Queensland intelligent grid new technology manager Michelle Taylor told ZDNet.

The facility will also have a data monitoring system, which Taylor said would ensure that any data captured from various device sources are all synchronised.

"In the past we have had to paste many separate data monitors together which can result in lots of inaccuracies," she said.

According to Taylor, a range of energy solutions will be tested in the facility, from renewable energy to energy storage solutions. It will also test control systems that can be added to renewable energy systems through to diesel generating networks.

"This can be used for testing configurations of generation systems for our isolated networks, for testing new power electronic devices -- from inverters for solar systems through to protection relays for network, training for operating protocols on new technologies," she said.

The new facility will incorporate and build on the success of Energy Queensland's innovation lab, where testing of solar photovoltaic systems and battery energy storage has already led to the development of an intelligent grid.

"It is a safe space to trial concepts, control philosophies, and for training that does not have a direct impact on the customers," Taylor said.

"This will hopefully allow us to progress faster to enabling new technologies as we can simulate things in a matter of days, that might take years to naturally occur on the network."


It will also develop a data hub to store all of the collected information in real time.

Energy company on a mission to automate processes

Using machine learning, a team of researchers from Stanford, MIT, and Toyota has cut battery-testing times by 15fold.