LAS VEGAS – Just like any other "disruptive" technology, the unrelenting hype surrounding cloud computing has now given way to more practical concerns – price, security, ease of integration – as the ecosystem of infrastructure and software providers scramble to hone their offerings to meet enterprise customers' most immediate needs and concerns.

During a panel at Interop Las Vegas, the prevailing sentiment among cloud pundits was that while enterprise customers clearly appreciate the benefits of using the cloud to deliver apps, reduce datacenter costs, store data and, most of all, broadly apply the power of big data analytics to their businesses, there's still a wait-and-see mentality that's keeping some CIOs from fully embracing the cloud.

For all its promise and potential, the cloud still remains a relatively immature market. Major players such as Google and Amazon have both slashed on-demand prices in the past couple weeks as infrastructure providers race to lock down top-tier enterprise customers through a variety of pricing and service options. This sorting out of the how and the how much is exactly the kind of thing that keeps some CIOs on the sidelines. 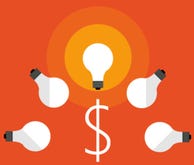 Microsoft is cutting prices for a number of its Azure services to match (and in some cases, beat) Amazon's latest pricing.

"The cloud will be way, way cheaper than on-premise within five years or so," said Amr Awadallah, Cloudera's chief technology officer. "There's no doubt that this will be much cheaper in the future, but it's still not cheaper today."

"The business model is the problem now," he added. "CFOs don’t want an undefined number for how much they pay for resources – and it's not clear if 'pay as you go' is the way to go."

John Rayman, vice president of engineered systems at Oracle, said that within the financial services industry, CIOs and CTOs know that cloud computing isn't the cheapest way to manage, store and share data today but many are willing to jump into the fray now because they're confident the cloud's innate flexibility and agility will pay off in lower costs and sizeable competitive advantages in the future.

"They need a provider with the latest and greatest streamlined technology and a provider has to meet the integration constraints that deliver operational capabilities," he said. "One of the biggest trepidations is around security. With all the regulations for financial services and health care, it's important to lock down the data and not expose it."

These issues of price, integration, availability and security are also complicated by the contracts between cloud providers and enterprise clients. The ideal template, according to Rayman, would provide flexibility for both sides, something that everyone is still "struggling" to resolve.

All the panelists agreed the hybrid cloud will become the dominant model for the foreseeable future. Simply put, no matter how robust or secure these cloud platforms and architectures become, most companies aren't going to ever allow their most precious data to reside anywhere but within their datacenters.

"Most organizations see data as their blood," Awadallah said. "And they want their blood inside their bodies. A lot of customers want part of what they're doing in the cloud and then launch new projects in the cloud. They want to make sure our software can run on-premise and in the cloud."

Phil Brotherton, vice president of NetApp's cloud solutions group, said embracing the cloud is the just the first step companies need to make to take advantage of all the data they're already collecting.

"Big data is a really good example," he said. "It's perfect to run in the cloud because you don't run it constantly. It goes up and down. But you have to get operational data to the cloud to make it work. That's the challenge. Technologies are coming on pretty rapidly to bridge and solve those problems."

Once the pricing and security issues are stabilized and everyone's expectations are more closely aligned with reality than hype, organizations will be able to finally start taking advantages of the cloud's undeniable benefits.

"Big data and BI on-premise is hard," Awadallah said. "We will see big data really take off in the cloud, but it will take a year or two. Once we solve all the core challenges of the hybrid cloud – integration and security across the board – it will then be off to the races to build services for this hybrid world."