If your business needs backend services for its websites and apps, IT pros say these are the serverless computing providers to turn to.
Written by Macy Bayern, Multiplatform Reporter on May 1, 2019 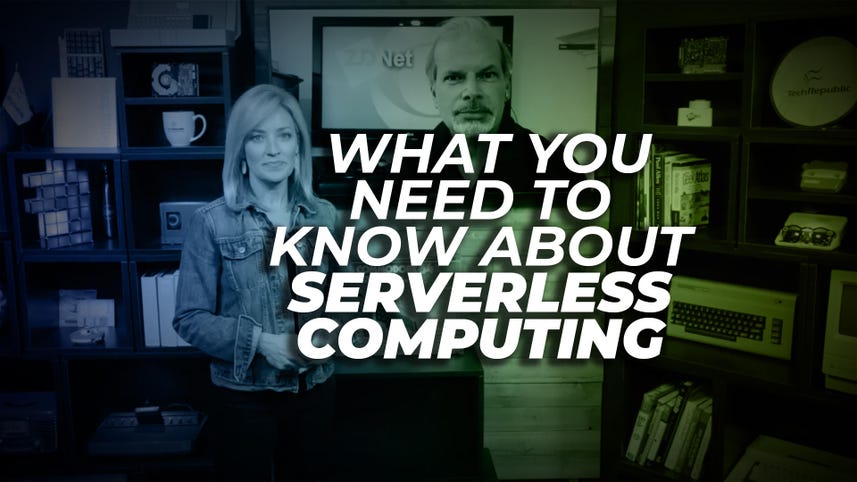 Serverless computing is a category of cloud computing that is sweeping the enterprise. The main appeal of this platform-as-a-service (PaaS) is its pay-per-use and hands-off nature—meaning the user is billed only when their code is running, and there is no physical or virtual infrastructure for anybody to manage.

The popularity of this technology has brought a slew of serverless computing vendors to the market. "[These providers] abstract the developer from the lower level implementation details of the systems that they are building," said Jeffrey Hammond, vice president and principal analyst serving CIO professionals at Forrester.

However, a functional PaaS platform (fPaaS) isn't enough to build a complete application on its own, said Arun Chandrasekaran, distinguished vice president analyst at Gartner.

While countless serverless computing providers have surfaced in the enterprise, three stand out among the rest: AWS Lambda, Microsoft Azure, and Alphabet's Google Cloud Platform. All three vendors are topnotch, having similar advantages. But there are qualities that make each one special in their own right.

"AWS was a pioneer in offering serverless computing through the AWS Lambda product," Chandrasekaran said.

As the first major vendor of affordable cloud services, AWS continues to build upon its services with the ebbs and flows of the industry. As serverless computing gained ground, out came Lambda, which is the backbone of its serverless offerings, Hammond said.

Among the advantages of using AWS is the prolific number of services the user can easily integrate with one another. However, there are disadvantages as well.

"Some of the disadvantages we've heard developers complain about is cold boot time," Hammond said. "One of the other challenges is that it's hard to take your Lambdas' and go run them on any other platform because they are proprietary and distinct to Amazon's Cloud."

Similar to other serverless computing providers, Azure has a usage-based billing policy, which is great for companies trying to stay on budget. For organizations that already rely on Microsoft technology, Azure can be easy to integrate and adopt, as Azure uses proprietary Microsoft technologies.

Google Cloud functions are similar to those of Azure Cloud, Hammond said. However, Google just introduced its Cloud Run service, allowing developers to write functional code in addition to the other capabilities.

"[Cloud Run] uses a project called Knative, which is a specification that allows you to run functions on top of Kubernetes clusters," Hammond said. "Even though right now they're running that in Google's Cloud, there's the promise that you can take those functions to any Kubernetes cluster, including ones that might be deployed on premises. It's still early, but that's the direction that Google is headed."

Google Cloud functions have a good lifecycle, Hammond said. The platform also has some integration with DevOps tools, making it easier to deploy them.

When choosing which service to use, Hammond said you have to start by looking at your workload. Serverless-style platforms allow organizations to try things quickly, while not spending too much money. He suggested event-driven workloads or quick prototyping as great cases for serverless architecture.

Chandrasekaran outlined the following considerations to take when choosing a platform:

For a comprehensive side-by-side look at these three vendors, check out this vendor comparison download on Tech Pro Research (subscription required).