More than ever, data centers run the world, but many of them need a 21st century reboot. Today’s data centers have to be more efficient, redundant, and flexible than ever. We examine when and how to best run your own data center versus when to outsource to the cloud or a service provider, and when to take a hybrid approach.

Equinix has announced the expansion of one of its two datacentres in Perth.

The global giant will be investing $11 million into the expansion of the International Business Exchange (IBX), which is expected to add 225 cabinets and an estimated collocation space of more than 550 square metres to the facility.

According to Equinix, the facility will boast a total capacity of 700 cabinets and an estimated collocation space of 1,720 square metres upon completion, which is currently scheduled for the beginning of next year.

The company said the investment is in response to the interconnection demand from the mining, oil, and gas industries, and network service providers.

Known as PE2, the facility is now the responsibility of Equinix after it earlier this year completed the AU$1 billion acquisition of Australian datacentre provider Metronode.

Equinix walked away from the purchase with 15 IBX datacentres across Australia, expanding the company's operations in Sydney and Melbourne and providing a presence in Canberra, Adelaide, and Brisbane, in addition to Perth.

The company said it will continue to expand the datacentres scooped up from Metronode to meet the rising demand for interconnection services in Australia.

Vocus' Australia-Singapore Cable (ASC) submarine cable system will terminate in PE2, with Equinix praising the feature as giving customers the ability to interconnect their IT infrastructure and use high performance applications when doing business with Southeast Asia and other parts of the world.

Equinix had in September announced that its IBX datacentres in Melbourne and Sydney would house the ASC.

"We're thrilled to announce the expansion of our footprint in Perth to create an interconnection hub that will provide affordable, scalable, lower-latency options for our customers located on the west coast of Australia," Equinix Australia managing director Jeremy Deutsch said.

"The rollout of Equinix Cloud Exchange Fabric will drive further growth in cloud connectivity while access to subsea cables into Perth will meet increasing demand from network service providers wanting to connect their global network." 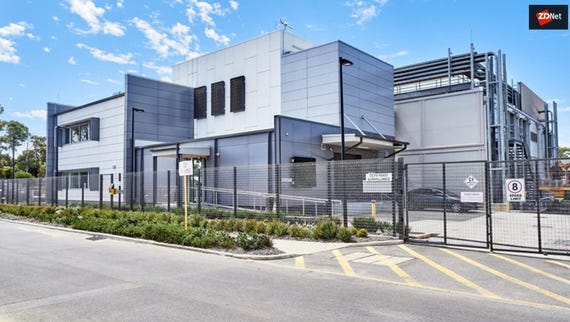 The global firm now boasts 15 datacentre locations across Australia and 40 in the greater Asia-Pacific region.

The cash being raised will be used for future datacentres at a third location in Sydney and Melbourne, and a second site in Perth.