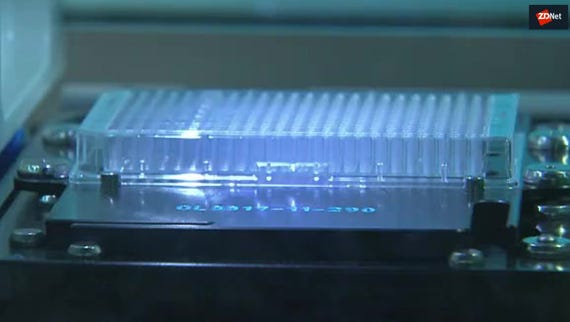 Equinix's acquisition of 29 Verizon datacenters will give the cloud exchange and hosting provider more than 600 net new customers and a footprint to expand its platform.

The purchase, expected to close shortly, transforms Equinix in many ways. For starters, the Verizon deal will give Equinix 40 percent of the Fortune 500. These accounts will provide Equinix the ability to sell more services. Once the deal closes, Verizon will also resell Equinix services.

Equinix CFO Keith Taylor said the Verizon deal will add about $480 million to $500 million in revenue in the first 12 months after the deal closes. It will cost about $40 million for Equinix to integrate the Verizon assets.

Verizon's datacenter assets were a hot topic on Equinix's first quarter earnings conference call. The company net income from continuing operations of $42 million on revenue of $950 million, up 1 percent from a year ago. As for the outlook, Equinix said its 2017 revenue will be more than $3.97 billion, up 10 percent from the previous year.

According to Equinix the biggest hurdle for the first quarter was getting through the churn of LinkedIn, which was acquired by Microsoft. LinkedIn consolidated its architecture and compute, but it remains an Equinix customer. Equinix said its first quarter revenue would have been up 10 percent if not for the LinkedIn churn.

The capacity from the Verizon purchase will give Equinix more opportunities to land enterprise customers. Equinix's platform provides direct connections to public clouds such as AWS, Microsoft Azure, and others via its Cloud Exchange. Couple Equinix's Cloud Exchange with its hosting services and the company is in a unique position for hybrid and multi-cloud deployments.

Stephen Smith, CEO of Equinix, said on a conference call that there are "a lot of horizontal use cases that we're experiencing industry verticals such as manufacturing, health care, retail, et cetera."

He added: "Many of these companies are in the early stages of moving portions of the enterprise workload to hybrid multi-cloud architecture so they're looking for help to do that."