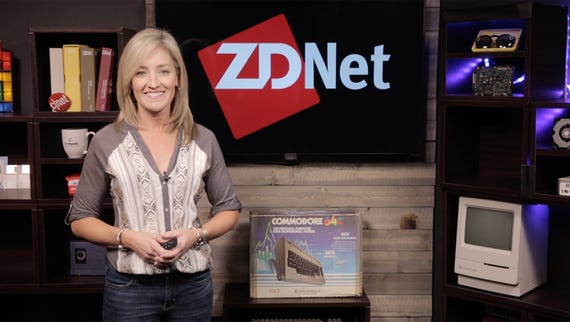 To compete in the technology race, Europe needs a serious dose of ambition
Watch Now

From Revolut to Deliveroo to TransferWise, the success stories of European startups that have made it to much-coveted unicorn status seem to reflect a healthy spirit of innovation on the continent. But research from consulting firm McKinsey suggests that Europe could do a lot better.

While capital spending on tech across Europe is at a record high, with $23 billion invested last year, the report suggests that nowhere near enough attention is given to areas of innovation that can lead to real growth – in particular, frontier technology and digitisation.

Klemens Hjartar, senior partner at McKinsey, told ZDNet that European companies tend to invest in tangible assets like machines and buildings, perhaps as a legacy of the continent's strong position in the manufacturing industry.

"But we need to acknowledge that intangible assets, like data and software, are the real investments that will put Europe at the front of the next wave of innovation," he said.

Software and data, but also artificial intelligence, IoT, blockchain, quantum computing or synthetic biology: those are all digital opportunities that, if invested in, could earn Europe a whole extra percentage point of productivity growth, according to McKinsey analysts.

Yet the continent invests 1.7 percentage points of GDP less than the US in research and development (R&D) for those key assets.

It is not so much at the level of government that the problem arises. Europe has the largest amount of public spending in R&D. "Our companies, however, have a much smaller share of spending in R&D," said Hjartar.

Europe's R&D share in software and computer services is only about 8% of the global total. "Yet R&D is what takes us to the next phase of innovation," he said.

Private investment in Europe amounts to 19% of the global total, far behind China at 24% and the US at 28%. The result, predictably, is that both countries are ahead of the continent when it comes to innovating and carrying out a successful digital transformation.

An indication of this trend is that European startups are struggling to transform into $1 billion-valued unicorn companies. While a few exceptions share the spotlight, overall this upscaling happens at only half the rate seen in the US.

In addition to lack of funding, this also comes down to the fact that Europe is a made up of many distinct countries and that despite its efforts to unite around a single market, fragmentation is still part of its identity.

In this context, companies face the challenge of scaling up across a continent that has various different national regulations and structures – a task much more complex than in large homogenous markets like China or the US.

And so, in the past 20 years, Europe's share of "superstar companies" – the top 10% of companies with more than $1 billion in annual revenue – has all but halved.

But while the effects of fragmentation are evident, Hjartar explained, Europe could leverage its national differences to use them as a strength.

"We have pockets of leaders spread out across the continent," he said. "We have 5.7 million software developers – that compares to 4.4 million in the US. We have all the building blocks to be successful, but now the biggest hurdle is to link them together with an ambitious vision."

Ultimately, he continued, Europe cannot hold on to the excuse that it is made up of various different countries to justify it lagging behind competitors; the real issue at stake is that it needs a fresh, innovation-oriented mindset.

To some extent, European countries are starting to implement bolder measures. The European Automative and Telecoms Alliance (EATA), for example, published a manifesto this year detailing its ambition to coordinate between operators, vendors, manufacturers and suppliers across Europe to foster innovation.

In Germany, the Plattform Industrie 4.0 promotes intelligent networking between machines and processes through the use of information and communication technology, to encourage digitisation within the manufacturing industry.

But to regain its edge, Europe will need to show a deeper change in mindset. "We are coming from a positional strength, but now we need to be much bolder and ambitious," said Hjartar.

Join Discussion for: Europe has more developers than the US: So...