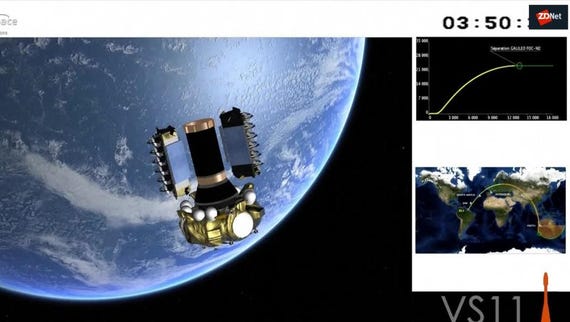 Galileo, the EU's global navigation satellite system, has been down for four days, since July 11, following a mysterious outage. All Galileo satellites are still non-operational, at the time of writing.

According to a service status page, 24 of the 26 Galileo satellites are listed as "not usable," while the other two are listing a status of "testing," which also means they're not ready for real-world usage.

The European GNSS Agency (GSA), the organization in charge of Galileo, has not published any information in regards to the root of the outage, which began four days ago, on Thursday, July 11.

On that day, the GSA published an advisory on its website alerting companies and government agencies employing the Galileo system that satellite signals have degraded and they "may not be available nor meet the minimum performance levels."

The agency warned that the Galileo system "should be employed at users' own risk."

The GSA published a more dire warning on Saturday, July 13, when it said that Galileo was experiencing a full-service outage and that "signals are not to be used."

At the time of writing, the service is nearing 100 hours of downtime.

The system going down forced the Galileo's userbase (government agencies and private companies) to switch to alternatives.

The Galileo satellite system was launched in 2016 and was funded by the EU as an alternative to the US Air Force's Global Position System (GPS) and the Russian government's GLONASS.

It is provided under both free and commercial offerings and is widely used by governments agencies and private companies for navigation and search and rescue operations.

Because it's provided for free, it is also widely used by the private tech sector and by most of the world's academia.

The downtime also comes after widespread GPS outages were reported across Israel, Iran, Iraq, and Syria at the end of June. Israeli media blamed the downtime on Russian interference, rather than a technical problem.

Updated on July 15, 5:30am ET: In a statement published after this article's publication, the GSA blamed the Galileo outage on "a technical incident related to its ground infrastructure." The agency said that the search and rescue (SAR) feature -- used for locating and helping people in distress situations for example at sea or mountains -- remained operational during the outage, which impacted only navigational and satellite-based timing services.

Join Discussion for: EU's GPS satellites have been down for four...