Europe wants to build its own cloud computing giants, but without greater clarity and a lot more ambition it isn't likely to get very far.
Written by Daphne Leprince-Ringuet on Nov. 1, 2019 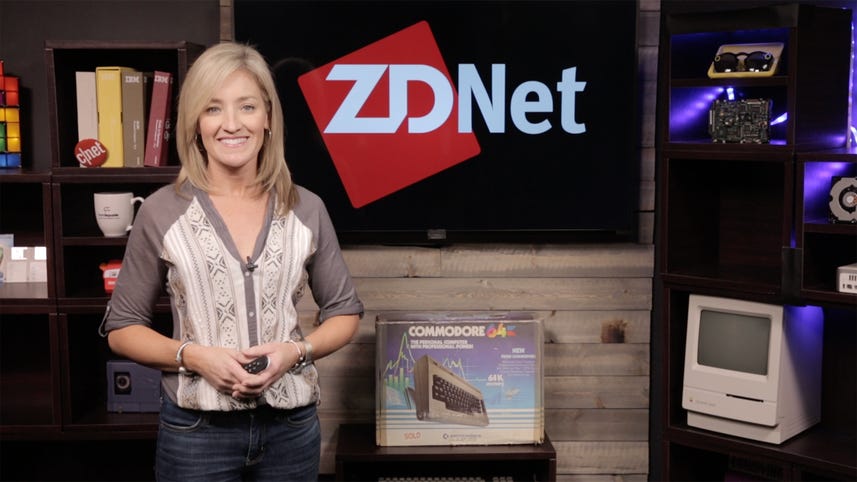 AWS, Microsoft Azure and Google Cloud together now comfortably account for over half of the global cloud infrastructure market, but it takes more than that to stop the French finance minister Bruno Le Maire and his German counterpart Peter Altmaier from planning a European riposte in the form of a homegrown data infrastructure.

This week, the two leaders announced that they are organizing workshops at the end of the month, tasked with coming up with proposals to grow a safe European cloud computing sector, which they will put forward as early as next year.

Bruno Le Maire said that close cooperation between European countries was a necessary requirement to "tackle the technological revolution of the 21st century".

"We want to establish a safe and sovereign European data infrastructure, including data warehouses, data pooling and develop data interoperability," he added.

The announcement follows a call the minister had earlier this month with the French software company Dassault Systemes and cloud firm OVH, which were given the ambitious mission of coming up with a plan to break the dominance of foreign companies in cloud computing.

It's not just France: the desire to break free of the US's technological dominance is now included in manifestos at the level of European leaders too.

Ursula von der Leyen, for example, who recently took over as president of the European Commission, stated in her agenda for Europe that while it may be too late to replicate "hyperscalers", it is still time to achieve "technological sovereignty" in some key areas.

And a few weeks ago, former head of MI6 John Sawyers warned that Europe's failure to compete on technology means that the continent will become increasingly dependent on other countries – "above all the US, at a time when the US is less attentive to the interests of its allies," he said.

One major cause for concern is the Clarifying Lawful Overseas Use of Data Act (CLOUD) signed last year, by which US authorities can require their national storage providers to give them access to information held on their servers, even if that data is located overseas.

In Germany, where the federal police are equipped with Motorola recording devices that upload straight to the Amazon-owned AWS cloud provider, the CLOUD Act was understandably welcomed with warning bells.

The German commissioner for data protection and freedom of information, Ulrich Kelber, cautioned at the time against the use of AWS services, arguing that such sensitive data should be protected by national data laws rather than subjected to US regulation.

It is easy to see, in this context, how a European-wide cloud infrastructure could provide a happy resolution to these issues, and a way to reclaim the continent's digital sovereignty.

Le Maire and Altmaier's recent statement is full of such alluring prospects – but for Alistair Edwards, chief analyst at technology firm Canalys, it is hard to find anything substantial to back the project up.

He told ZDNet: "It sounds more like a statement of intent, but what it will actually look like is not clear. Who will be the provider in that project? Will the government put money into funding it? Will there be a new organisation created to support it?"

"It seems more like a pipe dream, and something that is unlikely to gain much traction."

It is not the first time that European countries try to take on the US giants that are currently providing cloud services for the vast majority of the continent; but until now, those attempts have had very limited results.

The French government, for example, allocated $101 million to the creation of two providers in 2012 – Numergy and Cloudwatt. Seven years later, the first has been absorbed into telecommunications company SFR for lack of customers; and the second is planned to shut down next summer.

Edwards explained that this effectively reflects a lack of demand for a local European cloud organization. "Most customers aren't that politically motivated," he said, "and there is a general willingness to overlook the fact that hyperscalers are US-controlled. Most companies actually trust their data with Microsoft, AWS and Google Cloud."

This can be seen in the rate of growth for "the big three": in the past year, AWS grew 35%; Microsoft Azure grew 59%; and Google Cloud was the frontrunner with an impressive 69% growth.

For Edwards, therefore, this week's announcement was "predominantly a political move", and not one that is backed by sufficient demand to make the future European cloud a serious alternative to AWS, Microsoft or Google Cloud in the next few years.

Simply put, there is not enough fear that the US administration can or will access customer data to drive real desire to look at other cloud-providing options.

SEE: Can AWS be caught? Here's how its cloud computing rivals can improve their chances

What's more, there is no assurance that customers will be more willing to place their data with a government, rather than with a traditional provider.

"Trust is driven by data protection, but it is also driven by stability," said Edwards. "When a customer decides where their data will sit, they need to be sure that their provider's support won't suddenly disappear. But governments and their policies change every few years".

To be efficient, he continued, the initiative would be better off if it were independent from governments. "Or you take the risk of your publicly-owned provider potentially being acquired by, say, AWS after the next election," he added with a laugh.

Microsoft and AWS have already reacted to the French and German ministers' announcement; both highlighted that a national cloud in Europe will lack the scale to compete on the current market.

And Edwards confirmed that the news is unlikely to cause much angst among the US tech giants. "They probably won't see this as a serious threat," he said. Data sovereignty, or so it seems, is still a long way off for Europe.

Productivity
Why do college kids get all the cool robots?