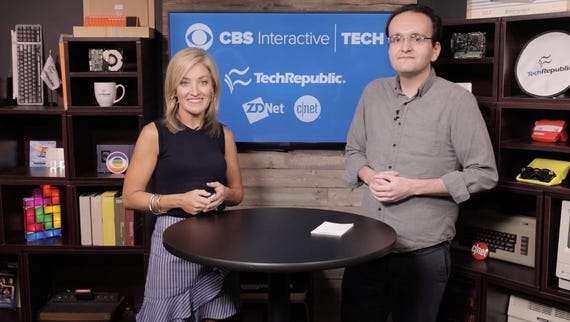 The dominance of Amazon Web Services (AWS) in the global cloud infrastructure is still undisputed, but in a market where businesses' appetite for hybrid IT environments is growing, its competitors are getting stronger, and fast, shows a recent report from Canalys. 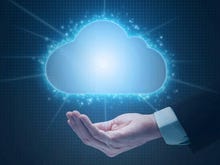 With 32.6% of the market share, the Amazon-owned cloud-computing platform is still a long way ahead of its two main challengers – that's Microsoft Azure, which holds almost 17% of the market, and Google Cloud, at almost 7%.

But the devil is in the detail. When looking at the actual speed of growth for each company, it seems that AWS is being outpaced.

Since last year, the Amazon subsidiary grew 35%. That doesn't compare all that well to Microsoft, which grew 59%, and it is even worse when compared with Google Cloud, which grew 69%, and as such is described in the report as a "front runner".

Alastair Edwards, chief analyst at Canalys, told ZDNet: "AWS is still growing phenomenally, and part of the reason it is slowing comes down to the law of big numbers," he said.

"But the fact that Microsoft has recently significantly strengthened its position is also a contributing factor."

Only last week, AWS lost a huge deal to Microsoft when the US Department of Defense (DoD) awarded the latter a $10 billion, ten-year-long contract for its Joint Enterprise Defense Infrastructure (JEDI).

This means that Azure was designated to upgrade legacy systems with newer cloud services to support the DoD's business and mission operations until late 2029.

Microsoft and Amazon had emerged as the two final bidders for the deal, and it was widely expected that AWS would triumph – perhaps because it is the same platform that the CIA sealed the deal with in 2013 when it began its journey to the cloud.

It was noted, at the same time, that storing both the CIA and the DoD's data in the same cloud carried greater security risks.

The fact that the US government shifted its strategy to spread risk across multiple providers is not an isolated event: it is reflective of a growing trend among enterprises big and small, according to Canalys.

And with businesses opting for multi-cloud solutions, the role of channel partners is increasingly gaining traction.

Edwards explained that this is because, although customers deploy more than one cloud solution, it rarely happens that all the platforms they use are seamlessly integrated with one another.

Instead, users often end up stuck in a complex web of platforms and no internal resources to manage them efficiently.

"You have to define a strategy for cloud deployment, then you have to deploy it, manage it, secure it and integrate it," said Edwards. "All these roles are increasingly played by channel partners."

Those partners, therefore, as the intermediary that enterprises now rely on to successfully integrate cloud systems, are an asset that cloud services should leverage to boost their growth.

Cloud providers' ability to develop relationships with key channel partners is what will define success in the future, concluded the research.

And Edwards noted that, in this context, one of Microsoft's core strengths is "its very strong legacy of working with channel partners".

Earlier this year, for example, Microsoft announced that it was teaming up with VMWare in an effort to, in the company's own words, "be open and flexible to help address a wider range of customer needs".

As efficient as Microsoft seems to be when it comes to managing an ecosystem of channel partners, however, Canalys analysts highlighted the successes of AWS, which, they said, still reflects that the company retains a firm lead in the market.

Last year, for example, it announced a new product called AWS Outposts, due to hit the market by the end of this year, that will let its customers run native AWS or VMWare environments in integrated racks connected to Amazon's public cloud.

The company, therefore, is bringing its cloud infrastructure on-premise for the first time – "a powerful weapon" for partner attention, said the report.

Its latest results showed that it had almost $9 billion in sales for the third quarter of 2019. In that light, Edwards said that Microsoft's leap forward can't be interpreted as the company gaining a significant competitive advantage over Amazon.

But in a market currently worth $27.5 billion, and set to increase exponentially in the next few years, it can't hurt to have a challenger to the dominant player.