Exec told workers not to trade Apple shares using inside information and then did it himself, says the SEC.
Written by Liam Tung, Contributing Writer on Feb. 14, 2019 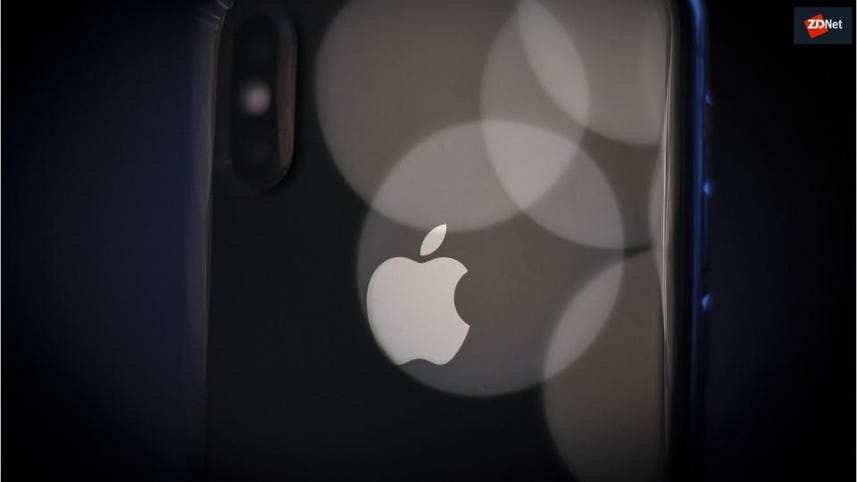 Gene Levoff, a former senior Apple lawyer in charge of insider-trading compliance, used nonpublic earnings information to trade Apple shares ahead of three quarterly earnings announcements, according to the SEC.

The 45-year-old former corporate secretary and director of corporate law at Apple allegedly made $227,000 in profits and avoided $377,000 in losses using inside information and trading shares during Apple's quarterly 'blackout periods', a window around earnings announcements when execs with access to nonpublic information are banned from trading.

Levoff, who was fired in September, is accused by the US Securities and Exchange Commission of selling 77,000 Apple shares worth about $10m in July 2015 after he learned that Apple would miss analysts' third-quarter estimates for iPhone unit sales.

In the days after the announcement, Apple's stock fell more than four percent, wiping off $32bn in market value for other investors, while Levoff escaped $345,00 in losses, according to the SEC's complaint.

As director of corporate law at Apple, Levoff also had a hand in revising the company's insider-trading policy and is accused of trading during blackout periods, even after warning relevant fellow Apple employees not to deal in Apple shares until the blackout ended.

He gained access to nonpublic information through his position on Apple's disclosure committee, which reviewed earnings announcements and SEC filings before they were published.

"Levoff's alleged exploitation of his access to Apple's financial information was particularly egregious given his responsibility for implementing the company's insider-trading compliance policy," said Antonia Chion, associate director of the SEC's Division of Enforcement. "The SEC is committed to pursuing insiders who breach their duties to investors."

One day before Apple's fourth-quarter earnings announcement in October 2015, Levoff then bought 10,000 shares of Apple stock based on inside information that Apple would beat analyst estimates, according to the SEC. Apple's share price rose four percent in the days after, and Levoff then sold the shares, netting him a profit of $4,700.

The third illegal trade he is accused of happened during the lead-up to Apple's April 26, 2016 earnings announcement after he viewed an SEC 10-Q form that revealed Apple would report its first year-over-year revenue decline since 2003.

Before the announcement, Levoff sold 4,000 Apple shares, and when the quarterly earnings were made public, Apple's stock dipped six percent. On that occasion, Levoff avoided $32,000 in losses.

The SEC wants Levoff to hand back gains from ill-gotten trading profits and is seeking a permanent bar on him serving as an officer and director of other companies.

If found guilty by the Department of Justice (DoJ), he faces up to 20 years in prison and a $5m fine. He's due in court to face the DoJ charges on February 20.

According to Bloomberg, Kevin Marino, the lawyer representing Levoff, said he is reviewing the SEC's civil complaint and the criminal charges.

"We look forward to defending him with respect to these allegations," Marino said.

US charges Ukrainian for SEC 2016 hack, others for insider trading

Hacker also participated in the notorious hack of three newswire services in 2014.

SEC said engineer figured out on his own that the website he was building was for the company's security breach.

An SEC hack may have resulted in illicit trading, chairman says TechRepublic

The SEC announced that its corporate filing system was hacked in 2016. But depending on what was stolen, it may be too little, too late.

Apple Watch strap stuck? Here's how to remove it

Apple Watch strap stuck? Here's how to remove it