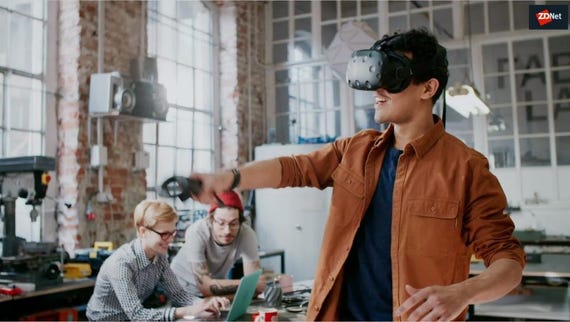 Facebook wants to remove its dependency on Google and Android for its own hardware products like its Oculus headsets and augmented reality technology, so the company is making its own operating system.

And that's also why Facebook is doubling down on hardware, including controlling and owning the entire stack behind it, according to a piece by the Information.

Facebook's VP of hardware, Andrew Bosworth, told the publication that Facebook doesn't trust that rivals will ensure there's space for Facebook in future, which social media giant is betting will be based around virtual realty and augmented reality.

Facebook Reality Labs (FRL) has detailed some of the work it's been doing on "full-body Codec Avatars", which are currently capable of rendering ultra-realistic representations of peoples' heads, including all their facial expressions and gestures from sensors on VR headsets. It's also aiming for full-body representations.

Several demonstration videos show where Facebook could be heading with this technology. FRL research science director Yaser Sheikh described the codec avatar as a "digital representation of a person".

"We build these to look like us, move like us, sound like us, and the purpose of it is to be able to connect people across distances," he said.

Facebook sees Codec Avatars as a stepping stone for AR glasses of the future, which promise to reinvent how people interact with each other.

To further its independent hardware ambitions, Facebook in 2017 hired Mark Lukovsky, a key engineer who helped design and build Windows NT at Microsoft. Lukovsky, GM of operating systems at Oculus VR, says that his teams in Redmond and Menlo Park are "working on a state of the art OS".

Facebook's future hardware efforts will be led by a team at a new campus in Burlingame, not far from Facebook's Menlo Park headquarters. The 770,000 square foot campus will have space for about 4,000 employees and Facebook plans to move the team there in the second half of 2020.

According to TechCrunch, Facebook is planning to have an experiential space that's open to the public who can test out its AR and VR products, such as the Oculus Quest headsets and Facebook Portal displays. The company may also build a retail space at the location.

SEE: Welcome to 2030: Are you ready for the internet of the senses?

Facebook is also reportedly prototyping a VR video conference system and is scoping out what's needed to hold a consistent VR meeting with multiple participants.

Another thread to Facebook's hardware ambitions is its work on brain-computer interfaces, which it recently beefed up with its acquisition of CTRL-Labs. The company is joining Facebook's FRL. Bosworth said Facebook's vision is "a wristband that lets people control their devices as a natural extension of movement."

CTRL-labs uses devices worn on the wrist to pick up the neural signals as they arrive at the muscles in the users' hands.

Join Discussion for: Facebook is building its own state-of-the-art...