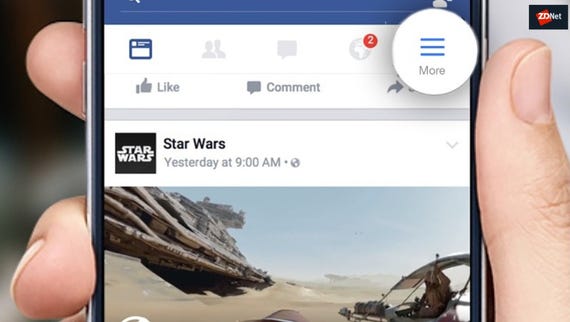 Facebook now auto-plays videos with sound: Here's how to mute them
Watch Now

Facebook has made yet another tweak to its News Feed algorithm as part of its ongoing effort to keep users interested in the content they see on the site.

The social media giant said Wednesday that it will start ranking faster loading web pages higher in News Feed while showing fewer stories that might take longer to load.

Facebook says the change will allow people to "spend more time reading the stories they find relevant," but it's also a way to push publishers to its Instant Articles format. Launched in 2016, Instant Articles lets publishers create faster-loading, interactive articles on the social network.

The program has been somewhat controversial from the beginning, as publishers voiced concerns over how ad revenue would be shared between Facebook and those who produce the content. Facebook has recently tried to make Instant Articles more appealing, with additional options for ad placement and tools to help publishers reach new subscribers.

Facebook says it doesn't prioritize Instant Articles in the News Feed algorithm, but speed is certainly key in this latest update.

With this update, we'll soon take into account the estimated load time of a webpage that someone clicks to from any link in News Feed on the mobile app. Factors such as the person's current network connection and the general speed of the corresponding webpage will be considered. If signals indicate the webpage will load quickly, the link to that webpage might appear higher in your feed.

Facebook has made a bevy of News Feed changes over the last year or so, including updates that prioritized how much time users spend reading a post, the probability that users want to see a particular story at the top of their feed, and the probability that a post will be liked, shared, or commented on.

Facebook said the latest News Feed changes will start to roll out in a month.