Russia isn't exactly the world's favorite state at the moment.

In between stifling freedom of expression and jailing punk rockers, becoming a haven for homophobia and invading Crimea, it's now cracking the whip on international companies doing business within its borders. 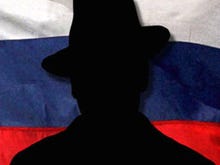 Facebook, Google, and Twitter face a ban in the country if they do not comply with Russia's recently ratified media laws. Introduced by the Kremlin and passed into law last year, bloggers with more than a modest following must register with the government. Companies operating in the country must also store citizens' data in the country to allow the government's access.

The reason? So the Kremlin can demand that any data that calls for "unsanctioned protests and unrest" can be pulled off the country's internet, according to Vadim Ampelonsky, a spokesperson for Russian media regulator Roskomnadzor, in a statement to Reuters.

If bloggers fall foul of the country's strict media laws -- such as mandatory silence during elections and state-sanctioned fact checking -- they can be fined. Companies that don't comply with the law can also face fines and blocks on the country's internet for repeated offenses.

Facebook, Google, and Twitter -- three powerhouses of Silicon Valley -- are said to be on their final warning, said Ampelonsky, largely because their use of encryption has prevented the government from taking down content.

Should their final warnings lapse, a Kremlin-imposed blockade would be the biggest digital defenestration by a nation state in recent history.

Yet, these companies and the Russian government remain in deadlock over how to proceed. Ampelonsky suggested that the Western values that Silicon Valley enjoys may not line up squarely with his own country.

"We realize they are registered under US jurisdiction," he said, "but I think in this case they should demonstrate equal respect to national legislation."

But offering "equal respect" to a censorship law would contradict the laws of the land that allowed these companies to grow.

Facebook, Google, and Twitter have all made separate, independent statements marking their public support towards freedom of speech -- even if at times it has to come with conditions. Taking their constitutional values and protections with them, the three companies have stood up to foreign governments, rejected overreaching data demands, faced site blocks and censorship, and being censured by high office. And yet they serve as platforms for fair and open speech in the world,bringing their Western values to the darkest and most inhibited corners of the online world.

The companies are stuck between a rock and a hard place. They have to comply with local laws and regulations, as they do in any country. (Facebook and Google declined to comment, while Twitter did not respond to our request.)

For the tech titans, their dilemma now is balancing their ongoing public commitments to freedom of speech in a country that basically allows none.