Russian President Vladimir Putin is expected to sign into law in the coming days a bill that passed the upper house of the state parliament on Tuesday. 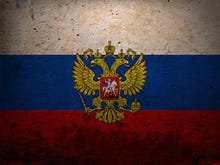 Critics have likened the controversial bill as an attempt to stifle online dissent and anger that has been building by Putin's opponents over the past two years.

The Federation Council approved by a wide majority new controls on Russian blogs and websites that see more than 3,000 daily visits. The Russian government says the law is designed to formalize "blogging" under Russian law, whereas opponents say it will restrict free speech in the country.

The law now needs to be signed into force by Putin, a former agent with the country's internal security service. Putin rarely declines to sign or vetoes legislation passed by the two houses of the State Duma, which is dominated by the political party loyal to the president.

With more than 61 million online users in the country, Russia remains one of the largest growing online economies in the world.

The international community has in recent months continued to mount pressure against Russia for its domestic and foreign policies.

Russia remains in exile from the G8 economic member states after it annexed Crimea, a district of Ukraine, earlier this year following a referendum widely believed to be illegal under international law. Economic and trade sanctions have been imposed by the U.S. and the West, although European countries remain on the sidelines as they rely heavily on Nordic and Russian gas supplies.

The law will allow the government to fine bloggers, citizen journalists, and activists, up to $900 who fail to register as members of the media, and further fines if bloggers fail to uphold the Kremlin's strict media rules.

Affected Russian bloggers and citizen journalists will be forced to check facts — which can be disputed by the courts and the government, and to remain silent during elections. Injunctions can also be imposed on those classified as spreading "extremism," which can include pornography or "obscene language."

Speaking to the Reuters news agency, Reporters Without Borders said the law was designed to "increase control of online content."

Meanwhile, online media expert and high-profile Russian blogger Anton Nosik told the agency that China is "much more liberal" than Russia in this regard, despite heavy online censorship and strong libel laws, and likened Russia's move to an era before the collapse of the Soviet Union.

Another prominent anti-Putin blogger, Andrei Malgin, wrote on his LiveJournal blog last week: "The goal is to kill off the political blogosphere by the fall."

However, as Bloomberg reported, Russian blog platforms are trying to circumvent and sabotage the system.

Yandex, Russia's number one website by traffic, shut down its blogger popularity rankings two weeks ago in response to the bill. LiveJournal also replaced popular blog page subscribers figures with "2,500+" in order to skirt the soon-to-be-signed law.

Russia's recent legislative history has led privacy experts to warn of further restrictions to freedom of speech, information, and politics of opposition members critical of the Kremlin and Putin regime.

"Russia is now incompatible with Internet business at the moment." — Former VK.com owner Pavel Durov (allegedly ousted by the Kremlin)

Another "anti-terror" law passed by Russia's parliament would force companies, including blog platforms, social networks, and Internet companies, to disclose blog post figures, along with other personal data belonging to Russian and foreign citizens.

The Russian parliament passed a bill last week that could ban both Western and domestic firms from operating in the country if they fail to store Russian data within the country. It would force companies like Facebook, Google, and Microsoft to build datacenters and store data on servers based on Russian soil to give the state's intelligence and mass communication regulators greater control over the Russian Internet.

Currently, Russian authorities have no powers to acquire data outside its borders, unless they submit a lawful mutual legal assistance request, which can be denied by that nation.

Russia's lower parliament has in the past year also banned swearing in films, plays, concerts, and shows, BBC News reports.

Each step Russia makes pushes it further into isolation from the international community, much like Iran, North Korea, and China.

Two years prior, the Russian government implemented an Internet blacklist law under the guise of anti-pornography and extremist sites rhetoric, which allowed the Russian authorities to censor sites that would hamper political opponents of the ruling administration.

The Kremlin-supported bill, which passed in July 2012, forced any website falling foul of its strict anti-"extremist" law to remove content or face being added to the blacklist within 24 hours.

The "blacklist" law came at a time during the Pussy Riot furor, which landed the four members of the Russian punk band in prison for two years after they allegedly broke hooliganism laws, a criminal offense under the country's judicial system.

The band's videos, uploaded to YouTube and other sites, were blocked from access within the country following a Russian court's decision to classify the content as "extremist" material under the blacklist law.