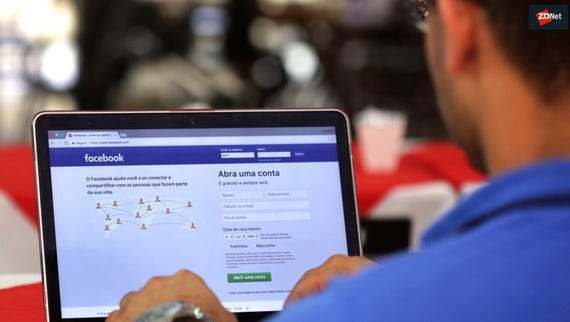 News Feed changes: What is going to happen to Facebook?
Watch Now

Video: News Feed changes: What is going to happen to Facebook?

When Facebook reported its fourth quarter financial results on Wednesday, much of the conversation focused on News Feed changes and how the social media giant was actively trying to reduce the amount of time users spent on its site by stemming the spread of viral videos.

Meanwhile, Facebook saw its first decline in daily active usage in the US and Canada.

That drop in fourth quarter daily active usage (184 million compared to 185 million in the fourth quarter) will cause some hand wringing, but the impact on the bottom line is negligible. Why? Facebook may be able to increase ad rates for the foreseeable future.

One of the more interesting tidbits from the earnings report came when Facebook revealed that it's investing heavily in small businesses as a way to grow its business in Europe and the US. Facebook's COO Sheryl Sandberg repeatedly came back to the SMB theme, and for good reason: Facebook is targeting more demand fulfillment opportunities instead of generating clicks.

What happens on our platform is often people that will start out during demand generation and use the opportunity to show people ads and (move to) demand fulfillment. If you use our targeting tool as well, you can actually start out with demand fulfillment. So some of these examples I've shared on this call, from Holiday Inn to Jim Shark, or about people using the targeting tool to find people who are interested in the products, and then you can get closer and down the funnel for the fulfillment.

Sandberg added that businesses are increasingly starting out with campaigns on Facebook and Instagram and then moving to more targeting and ultimately closing a sale.

With SMBs in particular, Facebook is pitching digital scale as a way to sell services. In November, Facebook launched a community business program that provides small businesses with training specific to their business and digital training for people in need of work.

"Small business owners are some of the most dedicated entrepreneurs, and they are the heart of every economy and create the majority of new jobs throughout the world," Sandberg said.

Facebook is also eying SMBs as a renewable resource for ad revenue across both Facebook and Instagram. Instagram says it has more than two million active advertisers on its platform and over 25 million business profiles.

According to its own data, roughly two-thirds of the visits to an Instagram business profile are from non-followers -- an enticing statistic to businesses looking to bring in new customers. Meanwhile, Facebook says its average price per ad increased 43 percent in Q4, and the number of ad impressions served increased 4 percent, driven mostly by feed ads on Facebook and Instagram. Add it all up and the SMB ad motive becomes clear.

When it comes back to SMBs, engagement with News Feed doesn't necessarily matter as much. In fact, Facebook's changes for time well spent and shift away from newsy posts could wind up benefiting the SMB in the end.