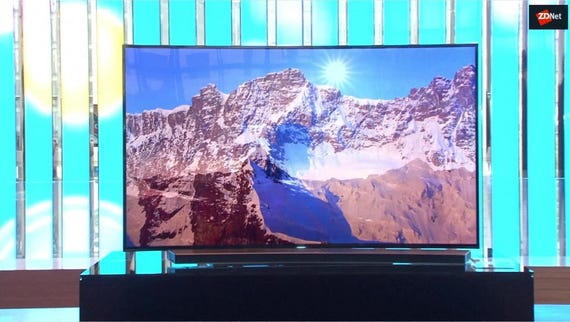 Don't want your smart TV spying on you? Then follow these steps
Watch Now

She laughed. I laughed. The TV laughed. I shot the TV. "Blasted Decepticons!" That's how a popular meme went after the Transformer movies hit it big. Today, it's not so funny.

A recent FBI report warned smart TV users that hackers can also take control of your unsecured TV. "At the low end of the risk spectrum, they can change channels, play with the volume, and show your kids inappropriate videos. In a worst-case scenario, they can turn on your bedroom TV's camera and microphone and silently cyberstalk you," explained the FBI.

The risk isn't new. A few years ago, smart TVs from LG, Samsung, and Vizio were spying and reporting on your viewing habits to their manufacturers.

Today, the FBI is warning that "TV manufacturers and app developers may be listening and watching you." It added, "[A] television can also be a gateway for hackers to come into your home. A bad cyber actor may not be able to access your locked-down computer directly, but it is possible that your unsecured TV can give him or her an easy way in the backdoor through your router."

That's true, but while there have been relatively few cases of hackers invading homes via their smart TVs, it's only a matter of time until they're watching and listening to you.

The FBI recommended that you change your security settings, and, if possible, change your passwords. You should also know how to turn off your TV's microphones and cameras. If you can't turn off a camera, you can always put a piece of black tape over the camera lens.

So, much for the hackers.  In the meantime, smart TV vendors and software developers are continuing to track you.

The Video Privacy Protection Act of 1988, in theory, forbids this kind of surveillance. In practice, you know all those end-user license agreements (EULAs) you clicked OK on when you set up your smart TV? They also gave the TV manufacturer the right to collect all that information.

Some are keeping the data to themselves. Some are sharing with advertisers. And others are sharing your personal information with third-parties such as Netflix, Spotify, Microsoft, Akamai, and Google.

Today, if you want to protect your privacy, it would be smart to make your TV as dumb as possible.