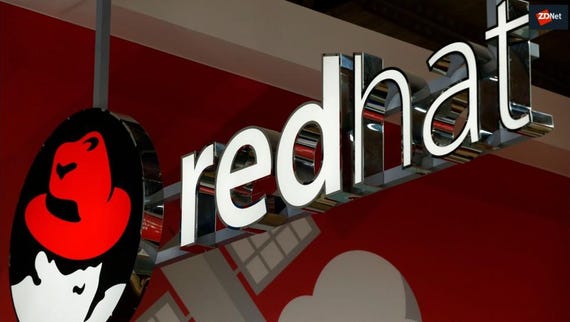 After a brief delay, while last-minute bugs were fixed, Fedora 31 has just rolled out the door, and besides being a worthy Linux distribution in its own right, it's even more interesting for what it tells us about parent company Red Hat's future plans for Red Hat Enterprise Linux (RHEL).

We tend to think of Fedora as a desktop operating system, but while it's great at that role, it's far more than that. Besides golden oldies such as the self-explanatory Fedora Workstation and Fedora Server, we also now have Fedora CoreOS, Fedora IoT, and Fedora Silverblue.

CoreOS, like the name indicates for those of you who know your container history, is an automatically updating, minimal operating system for running containerized workloads. Fedora IoT,  the latest edition to the Fedora family, brings Fedora to the Internet of Things. Finally, Silverblue, formerly Atomic Workstation, is a new take on the desktop, which uses immutable images as its foundations instead of the usual patch-and-upgrade Linux model.

No matter the edition, there are some common updates. These include:

As for the desktop itself, Fedora 31 Workstation's default desktop now uses the new GNOME 3.34. This desktop interface already has a reputation being much faster than previous versions, especially if you're running it on older, lower-powered hardware. Underneath that Workstation also expanded how it uses the Wayland display server. For example, you can now run Firefox natively on Wayland under GNOME instead of having to use the XWayland backend kludge.

Some things will stay the same. While Fedora recently dropped most 32-bit packages, the most popular 32-bit packages -- such as those for multilib, wine, and Steam -- are still being bundled.

Matthew Miller, Fedora Project Leader, said in a statement: "The Fedora Project aims to bring leading-edge innovation to our users, and Fedora 31 delivers on that by bringing some of the latest advancements in open source technology to the operating system."

Specifically, what I see is Red Hat turning ever more to containers and atomic, immutable images. Don't be surprised when if one of your options for the next version of RHEL will be an immutable version.

As Red Hat's chief security architect recently wrote about Silverblue: "As a security guy, I approve of defense-in-depth, and this is a classic example of that property. I also like the fact that I can control what I'm running -- and what versions -- with a great deal more ease than if I were on a standard operating system."

Stay tuned, fundamental changes are coming for RHEL. You read it here first.