Ryan Gavin, general manager for Surface, said that Surface devices are getting more reliable with each new generation.
Written by Nick Heath on Oct. 31, 2017 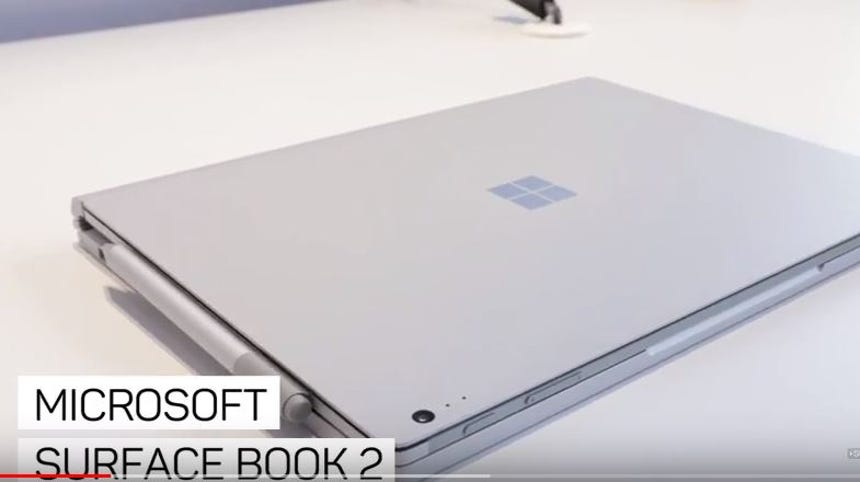 Microsoft has shaken off claims that its Surface range is unreliable and said that fewer than 1 in 100,000 of new Surface devices have gone wrong.

The ratings service Consumer Reports raised a question mark over the reliability of the Surface line as a whole earlier this year. At the time, Consumer Reports surveyed 90,000 subscribers and found that 25 percent of Microsoft laptops and tablets will give owners problems by the end of the second year of ownership.

Ryan Gavin, Microsoft's general manager for Surface, challenged the finding and said that the Surface devices are getting more reliable with each new generation.

Reliability issues among newer devices, such as the Surface Laptop and Studio, had been reported for only a fraction of devices, he said.

As Microsoft's hardware chief did earlier this year, Gavin challenged the methodology used by Consumer Reports at the time.

"We thought it was unfortunate the report that Consumer Reports put out, partly used the methodology that is consistent with how you evaluate home appliances and applied it to laptops. That would be like [asking] 'Has your dishwasher behaved unexpectedly in the past two years?' and if the answer was 'Yes', you'd be deemed unreliable."

"This is not consistent with our ongoing testing and we have a good ongoing conversation with them," said Gavin.

"What we hear from our customers, however, and from the telemetry data that our customers want to share with us, is that Surface devices have never been more reliable and with every generation we release they get increasingly so," he added.

A spokesman for Consumer Reports responded to the criticism of its methodology, pointing out: "We specifically ask if the product broke or stopped working as well as it should.

And while Gavin specified failure rates among newer Surface releases, such as the Surface Laptop, Consumer Reports surveyed users of a broad range of Surface devices, including older tablet models.

Consumer Reports recently said that, following the recent release of the Surface Book 2, it would not change its decision to remove the recommended status from Microsoft Surface products on reliability grounds until it had fully tested the device.

As with the Surface Book 1, Microsoft is pitching the latest iteration of the premium laptop/tablet convertible as a competitor to Apple's MacBook Air.

Microsoft claims the new Surface Book offers fives times the graphics performance of the original and is twice as powerful as the latest MacBook Pro. Battery life is also improved, according to Microsoft, which says its tests found the Core i5 and i7 versions of the Surface Book 2 were able to manage "up to 17 hours" of video playback on a single charge. With the screen detached and used as a tablet, Microsoft claims the battery lasted five hours.

While the first Surface Book was positively reviewed, there were a few flies in the ointment. ZDNet's sister site CNET praised the sharp display and high-end specs of the first-gen Surface Book but criticised the high cost of the premium models and quirks in the design. Some owners also considered the original Surface Book to be rather heavy for a portable device, and the weight remains unchanged for the Surface Book 2.

The biggest change in the Surface Book 2 is that it's also available with a 15-inch display, which has a slightly higher-resolution 3,240 by 2,160 PixelSense touchscreen. However, the 13-inch Surface Book 2 will use the same 3,000 by 2,000 display as the first-gen offering.

The Surface Book 2 also adds a USB Type-C port, which Gavin said was added to meet the demands of customers who wanted "flexibility and options for allowing multiple devices" to be used in shared workspaces.

Gavin said there will also be a SurfLink to USB Type-C adapter that will be released later in the year, aimed at shared workstations.

Sales of Microsoft hardware have been up and down this year. While sales of Surface tablets and laptops slumped during the quarter ending March 31 this year, with revenue falling 26 percent year-on-year to $831 million, they were up 12 percent year-on-year for the most recent quarter -- a rise that Microsoft attributes to the release of the Surface Laptop.