The Queensland government will be spending the cash over two years to stand-up the state-owned entity.
Written by Asha Barbaschow, Contributor on June 10, 2019 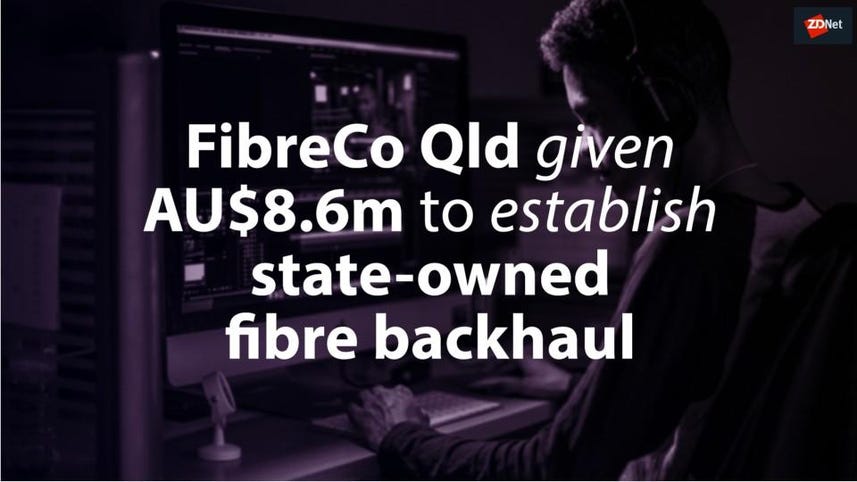 The Queensland government has handed AU$8.6 million to its state-owned fibre backhaul provider, FibreCo Qld, in its 2019-20 Budget.

FibreCo Qld will be responsible for connecting parts of the state-owned fibre network with the National Broadband Network (NBN) across regional areas.

The network will make use of the extra capacity on 6,000km of existing fibre-optic cabling and the government expects it will connect over 600,000 premises.

Announced in December, the network will be available along the east coast of Queensland in areas such as Cairns, Townsville, Toowoomba, Bundaberg, Rockhampton, and Mackay.

The new state-owned entity jointly owned by Powerlink Queensland and Energy Queensland will have the AU$8.6 million to establish itself over a two-year period.

"There are a range of anticipated benefits from using the spare capacity on the fibre network to improve competition," the government said.

"Currently, Telstra and Optus dominate the wholesale market in regional Queensland, and this makes it harder for new players to get on the scene."

The Queensland government had in April last year revealed that it was undertaking due diligence to assess whether it could provide capacity on its own fibre-optic network ahead of the limited fibre provision of the federal government's NBN.