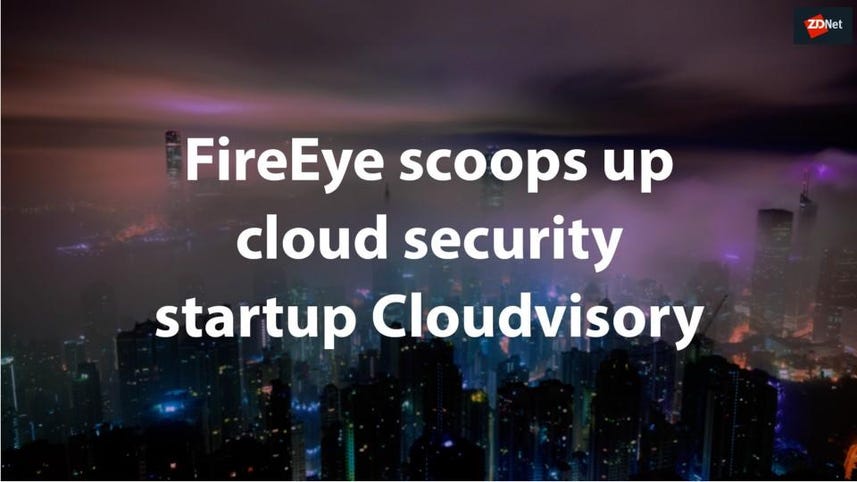 FireEye has announced the acquisition of Texas-based Cloudvisory, hoping its new addition will boost the cloud security capabilities of FireEye Helix.

The company said it would give customers with a single operations platform to monitor multi-cloud environments, hybrid-cloud firewalls, and integrate container security.

"Cloudvisory delivers this visibility and allows FireEye to apply controls and best practices based on our frontline knowledge of how attackers operate.

"With the addition of the Cloudvisory technology, FireEye is able to offer a comprehensive, intelligence-led solution to secure today's hybrid, multi-platform environments."

Cloudvisory was founded in 2013 and operates across AWS, Azure, Google Cloud, Kubernetes, OpenStack and VMware, as well as traditional virtualised and bare metal environments.

In a blog post announcing the acquisition, FireEye said Cloudvisory was an innovator in cloud visibility, security, and policy management.

"Cloudvisory gives our customers the ability to actively auto-discover cloud assets to map their policies and relationships in Amazon AWS, Microsoft Azure, or Google Cloud," the post reads.

"It also extends to private clouds running on-premise versions of Kubernetes or OpenStack. It provides a visibility framework for understanding the infrastructure intricacies, finds areas of concern, and incorporates a push-button remediation solution that aligns with enterprise change management procedures."

The financial terms of the deal were not disclosed.

FireEye in May acquired Verodin, a firm with a platform that helps validate the effectiveness of cybersecurity controls.

Verodin runs tests to identify vulnerabilities due to problems such as equipment misconfiguration, changes in the IT environment, or evolving attacker tactics.

The acquisition was valued at approximately $250 million in cash and stock.

Deals
A business tried to use a 50% price hike as a recruitment tool. It didn't go well