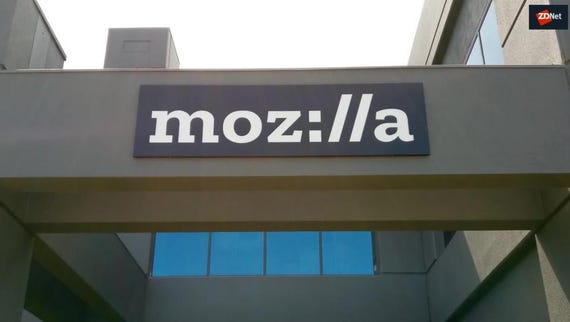 "We know that unsolicited volume can be a great source of distraction and frustration for users of the web. So we are making changes to how Firefox handles playing media with sound. We want to make sure web developers are aware of this new autoplay blocking feature in Firefox," Mozilla's Chris Pearce said when the feature was announced in February.

The autoplay-blocking feature is available in Firefox 66 for desktop and Firefox for Android. The browser will now only allow a site to play audio or video with sound once a user has done something to initiate audio, such as pressing a play button. Meanwhile the existing feature in Firefox on Android is aligned with the behavior of Firefox on desktop.

Users can whitelist sites that they wish to autoplay sound. Firefox will show a notification on a site that tries to play media automatically with a 'Don't Allow' and an 'Allow' button.

Mozilla says desktop users can expect to be able to find a specific webpage faster in Firefox 66, when they have lots of tabs open. Using the tab overflow menu, users can now search within all their open tabs. There is also easier search via a redesigned new tab in Private Windows.

Firefox 66 has also added support for easier passwordless sign-in on Windows 10 Windows Hello thanks to the WebAuthn standard, which became an official W3C standard earlier this month.

"Added support for Windows Hello on Windows 10, allowing you to use your face, fingerprint, or external security keys for website authentication," Mozilla's Firefox 66 release notes will say, according to the Bugzilla report about the feature.

And as reported by ZDNet in January, Mozilla is finally bringing 'scroll anchoring' to Firefox 66, which offers an answer to page jumps that occur as images and ads are loaded at the top as a page loads. This feature brings it up to par with Chrome, which gained scroll anchoring in Chrome 56, released in January 2017.

Mozilla's release notes for Firefox 66 also reveal details about two issues that have been fixed in the update.

The first is that in Windows 10 the Dark and Light Firefox themes now override the system setting for title-bar accent color. The second fix resolves an issue that caused Firefox to freeze when downloading files in Linux.

Firefox gets another new feature from the Tor Uplift project started in 2016.

Extensions only available for Windows Insiders for now. To work for everyone once Windows 10 19H1 is live.

Microsoft's Chromium-based Edge: These extensions are coming to new browser

Service available at send.firefox.com. An Android app will also launch later this week.

Google, Mozilla working on letting web apps edit files despite warning it could be 'abused in terrible ways' TechRepublic