Firefox could get its own ad blocker and breach notifications alerts, according to Mozilla's 2018 roadmap.
Written by Liam Tung, Contributor on March 23, 2018 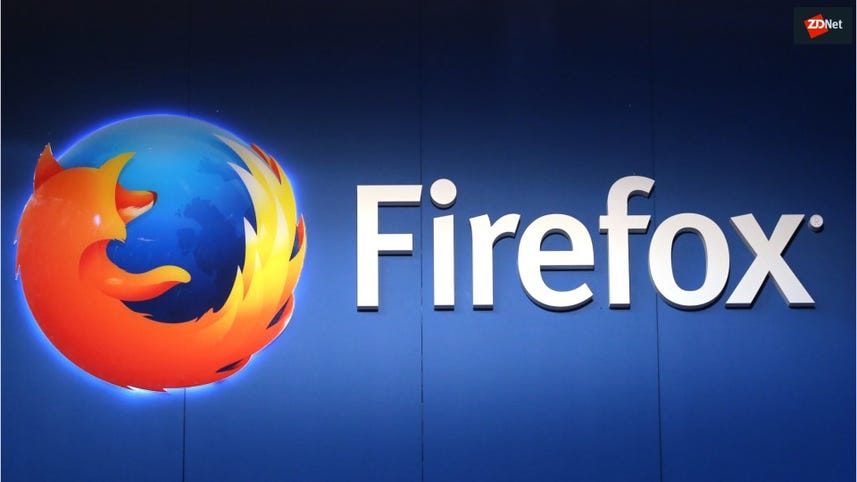 Video: Say goodbye to annoying notification pop-ups, thanks to Firefox 59

Firefox maker Mozilla has outlined its 2018 roadmap to make the web less intrusive and safer for users.

First up, Mozilla says it will proceed and implement last year's experiment with a breach alerts service, which will warn users when their credentials have been leaked or stolen in a data breach. Mozilla aims to roll out the service around October.

"Breach alerts will inform a user if a site they've visited has been breached and will ask if the user wants to have their account checked to determine if it was compromised. If it was compromised, some helpful information will be presented to the user," writes Mozilla Firefox developer Asa Dotzler.

Breach Alerts is based on security consultant Troy Hunt's data breach site Have I Been Pwned.

Firefox will also implement a similar block on autoplay video to the one Chrome 66 will introduce next month, and that Safari already has. However, Dotzler says Firefox's implementation will "provide users with a way to block video auto-play that doesn't break websites".

This feature is set to arrive in Firefox 62, which is scheduled for release in May.

After Firefox 62 the browser will gain an optional Chrome-like ad filter and several privacy-enhancing features similar to those that Apple's WebKit developers have been working on for Safari's Intelligent Tracking Prevention.

By the third quarter of 2018, Firefox should also be blocking ad-retargeting through cross-domain tracking. It's also going to move all key privacy controls into a single location in the browser, and offer more "fine-grained" tracking protection.

Dotzler says Mozilla is in the "early stages" of determining what types of ads Firefox should block by default.

ZDNet's sister site CNET reports that Mozilla is working on a way to prevent embedded pop-ups that invite users to take part in a survey or subscribe.

It's an early-stage experiment but, rather than using a blocklist, Mozilla is developing technology to automatically detect pop-ups and differentiate between useful ones and annoying ones.

"Trackers, intrusive ads and other dark patterns threaten to drive people away from the open web and that's not good for people browsing or publishing," Dotzler said.

"Over the next year or so, Firefox will take a stand against tracking, intrusive ads, and other dark patterns on the web by blocking the worst content and more clearly communicating the privacy and other protections the browser offers."

Also on the roadmap is a feature that arrived in Firefox 59, released earlier this month. A new Global Permissions feature will help users avoid having to deny every site that requests permission for location, camera, microphone and notifications.

Beyond security and privacy, Mozilla plans to build on speed-focused Quantum improvements that came in Firefox 57 with smoother page rendering.

Mozilla's Firefox 59 can stop websites from spying on you(TechRepublic)

Firefox 59 speed trick pits your PC against your network(CNET)

Services & Software
DeepMind's 'Gato' is mediocre, so why did they build it?