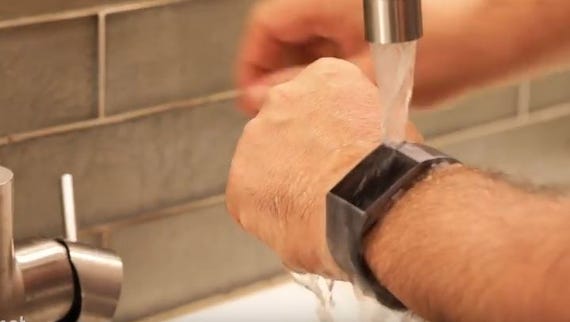 Fitbit's new smartwatch, Ionic, up close: Is it an Apple Watch killer?

Fitbit rolled out a series of products including a smartwatch called Ionic that'll compete with Apple Watch, but the future of the company may ride with a guidance and coaching service.

The company is widely known for its hardware and fitness trackers. The Ionic features a bevy of improvements, andCNET's Scott Stein noted that the smartwatch is "a giant fitness-watch moonshot to compete with the bleeding-edge watches on the market."

Read also: Fitbit launches its first smartwatch that can beat Apple and Google

But those products -- and Fitbit's overall lineup -- collect the personalized data that'll lead to a new business model. Fitbit's long-term strategy is going to have to revolve around services. If all goes well, Fitbit could become a key health care player in the enterprise and push patients toward better outcomes.

Enter the Fitbit Coach app, which rebrands the Fitstar Personal Trainer app and adds video workouts, audio coaching, and guided health programs. In other words, Fitbit Coach will take the data customers produce and provide insights and tools. Fitbit will charge $7.99 a month or $39.99 a year. Audio coaching will be available on the Ionic in 2018. Guided health programs will be available in the winter on the Fitbit app.

The idea that an app or wearable company can replace a fitness trainer is not new. There are many companies (Peloton, Under Armour) looking to even replace gyms with workout apps. The interesting wrinkle for Fitbit is that its app could easily be tailored for health insurers and companies trying to boost the well being of their workouts.

Fitbit will offer bodyweight workouts, on-demand exercises, recommended workouts and roadmaps to start running or cut added sugars. Those latter items could be used to offer discounts on health premiums for companies.

The bottom line is that the hardware industry is a rough business. Fitbit sold 3.4 million devices in the second quarter, down 40 percent from a year ago. Fitbit is also burning off excess inventory. The company lost $58.2 million on revenue of $353.3 million in the second quarter.

But Fitbit's early move into the healthcare and wearable markets have given the company its real asset: Data. Fitbit Coach is a first step toward becoming more data, services, and enterprise based.

Xiaomi has topped the wearable vendor ranks for the first time, shipping 3.7 million units in the second quarter of 2017.

Fitbit to restructure, lay off 110 as Q4 unravels

Fitbit didn't come close to delivering enough units to hit its fourth quarter outlook. Now the company hopes it can become more of a data-driven health platform. It's a tough turn.